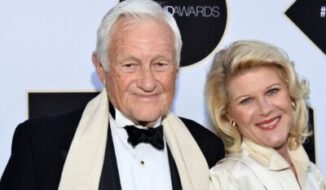 Orson Bean was an American actor of film and television, best known for his role on Dr. Quinn, Medicine Woman has died After Being Fatally Struck by Vehicle in Los Angeles. He appeared frequently on televised game shows from the 1960s through the 1980s and was a long-time panellist on the television game show, To Tell the Truth.

Orson Bean – July 22, 1928 – Feb 7, 2020.
I Just saw on the news tonight, that actor Orson Bean was struck and killed by a car tonight in Venice, Ca. He was 91 years old. I shot this photo of Orson Bean and his wife actress Alley Mills. At their home in Venice, Ca. pic.twitter.com/QNuUbxJ49k

Orson Bean has died at the age of 91.

Orson was born on 22 July 1928 in Burlington, Vermont, United States. He was the son of Marian Ainsworth and George Frederick Burrows. His father was a founding member of the American Civil Liberties Union.

Bean graduated from the Cambridge Rindge and Latin School in 1946 and was then stationed in Japan for a year. He studied theatre at HB Studio It was during that time when he stopped using his birth name professionally and adopted the stage name Orson Bean.

In an interview on The Tonight Show with Johnny Carson in 1974, Bean recounted the source of his new name. He credited its origin to a piano player named Val at “Hurley’s Log Cabin”, a restaurant and nightclub in Boston, Massachusetts, where he had once performed.

According to Bean, every evening before he went on stage at the nightclub, Val would suggest to him a silly name to use when introducing himself to the audience. One night, for example, the piano player suggested “Roger Duck”, but the young comedian got very few laughs after using that name in his performance.

Rest well and in peace, Orson Bean. Among other notable appearances, he starred in the Twilight Zone episode, 'Mr. Bevis.' Bean was hit and killed by a car while crossing the street in Venice, California this evening. Very sad. pic.twitter.com/EJETXv6F34

On another night, however, the musician suggested “Orson Bean”, and the comedian received a great response from the audience, a reaction so favourable that it resulted in a job offer that same evening from a local theatrical booking agent. Given his success on that occasion, Bean decided to keep using the odd-sounding but memorable name.

Bean was married three times. His first marriage was in 1956 to actress Jacqueline de Sibour, whose stage name was Rain Winslow and who was the daughter of the French nobleman and pilot Vicomte Jacques de Sibour and his wife, Violette B. Selfridge (daughter of American-born British department-store magnate Harry Gordon Selfridge). Before their divorce in 1962, Bean and Jacqueline had one child, Michele.

In 1965, he married actress and fashion designer Carolyn Maxwell with whom he had three children: Max, Susannah, and Ezekiel.

The couple divorced in 1981. Their daughter Susannah married journalist Andrew Breitbart in 1997. Bean’s third wife was an actress and Dr Quinn co-star Alley Mills, 23 years his junior. They married in 1993 and lived in Los Angeles until his death in 2020.

Orson death was being investigated as a traffic-related fatality. The Los Angeles Police Department, who have not identified Bean as the victim, said they were called about a fatal collision that took place on Venice Boulevard at around 7:30 p.m.

A pedestrian, a male in his 90s, was crossing Venice Boulevard when multiple vehicles travelling eastbound collided with him.

The deceased sustained major injuries and was pronounced dead at the scene by Los Angeles City Fire Department, an LAPD spokesperson told PEOPLE, adding that it wasn’t a hit and run as the other parties remained at the scene and rendered aid. The collision is currently under investigation.

Police say the pedestrian was walking in the area when he was clipped by one vehicle and fell down, before being fatally struck by a second car.

The car coming westbound did not see him and clipped him and he went down, LAPD Capt. Brian Wendling told ABC7 Eyewitness News. A second vehicle was coming up, was distracted by people trying to slow him down and then looked up and then a second traffic collision occurred and that one was fatal.

Very sad news: The wonderful actor and comedian, Orson Bean has tragically died at 91 after being hit by a car.

His career began 68 years ago and he remained passionate about acting till his last day, just finishing his stage play run only a week ago. R.I.P, sir… pic.twitter.com/Hgfg5ulC3G

Orson Bean died on 7 February 2020 at the age of 91. He was walking near Venice Boulevard and Shell Avenue, in Venice, California, Bean was struck by two cars, with the second striking him fatally.

The car coming westbound did not see him and clipped him and he went down, said Los Angeles Police Department, Captain Brian Wendling. A second vehicle was coming up, was distracted by people trying to slow him down and then looked up and then a second traffic collision occurred and that one was fatal. He is survived by wife Mills and four children from previous marriages.