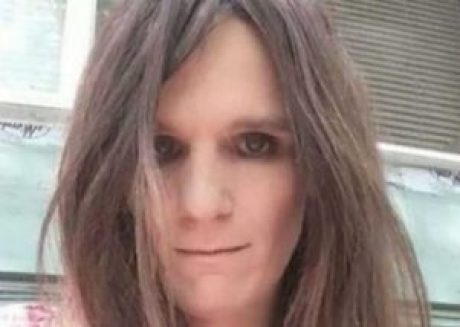 Who is Paige Thompson ??

Paige Thompson Bio: She is a former software engineer at Seattle technology company. Paige adle Thompson hacked Capital One and stealing the data of 100 million people.

She was born in 1986, and now 33 years old as of 2019. Paige Thompson, saying she is responsible for the theft of over 100 million Capital One customer records.

According to a resume on Scribd, Thompson is a Software engineer who attended Bellevue Community College but did not graduate.

She worked for Amazon as a systems engineer in 2015 and 2016. She also lists prior jobs as a software engineer at companies including ATG Stores Inc, ConnectXYZLLC and Seattle Software Systems.

On 29 July 2019, Capital One revealed that they had been a massive data breach between March and July of 2019.

The bank added that it does not appear that the hacker had used the stolen information for fraudulent purposes, but investigators will continue to look into it. Paige was later identified as the hacker.

Capital One said data from about 100 million people in the U.S. was illegally accessed after prosecutors accused a Seattle woman of breaking into the bank’s server https://t.co/qfg3o4s0Su

Capital One said in a statement,

no credit card account numbers or log-in credentials were compromised and over 99 percent of Social Security numbers were not compromised.

On July 29, 2019, Thompson was arrested by FBI agents in Seattle. The FBI investigators tracked her down via various online platforms.

According to the criminal complaint, the FBI honed in on Thompson after “information obtained from the obtrusion” was found on a GitHub page with Thompson’s name attached to it.

This was after a tipster emailed Capital One on July 17, 2019, to alert them to the post. The message included a link to a file, that was confirmed to contain information for getting into Capital One systems.

Thompson was charged with computer fraud and abuse. The judge ordered that she remain behind bars until a bail hearing is held on August 1.

If convicted she faces up to five years in prison and a $250,000 if convicted.

The complaint states in the criminal complaint that Thompson appeared to brag about the information she had accessed related to Capital One.

The FBI agent wrote that Thompson had made statements on social media fora evidencing the fact that she has information of Capital One, and that she recognizes that she has acted illegally.

In one message written on June 27, Thompson wrote; I wanna get it off my server that’s why I’m archiving all of it lol … it’s all encrypted… I gotta find somewhere to store it.

Also, a screengrab from Twitter post allegedly written by Thompson on June 18 stated; I’ve basically strapped myself with a bomb vest, f*cking dropping capital ones dox and admitting it.

She then adds that she had social security numbers, along with full names and birth dates.