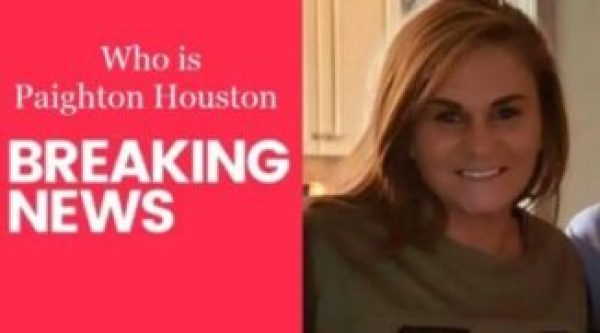 Paighton Laine Houston was a 29 years old woman from Alabama. She went missing on December 20th, 2019 and found dead on January 3, 2020. She found dead at a vacant house on Chapel Drive in Hueytown. Houston was the daughter of Charlaine and Douglas Houston and has two brothers and a sister.

Paighton Laine Houston was born and raised in Trussville and a graduate of Hewitt-Trussville High School in Alabama.

Missing and Death Cause

She disappeared on December 20th, 2019. she was last seen at a bar in Birmingham. She was found dead at a vacant house on Chapel Drive in Hueytown on January 3, 2020. It was not immediately clear what her cause or manner of death was.

An Alabama 50-year-old Sex Offender Fredrick Hampton is being sought in the death investigation of Paighton Houston. He has been charged in connection with the disappearance of a Trussville woman who vanished after leaving a Lakeview bar. He is being sought on a charge for abuse of a corpse.

He is not charged in connection with Paighton Houston’s death. Hampton was previously convicted in a vicious gang rape case in which a woman testified that she was abducted at gunpoint from a bus stop in downtown Birmingham, Alabama and sexually assaulted by seven men.

Hampton is charged with abuse of a corpse and violation of the sex offender notification act. The charge carries a $60,000 bond. Hampton is listed as a registered sex offender. Those records show that he lists a Birmingham, Alabama address.

The Sheriff’s Department confirmed that Hampton is not currently in custody. He is being sought by authorities. He was initially held on suspicion of kidnapping in the Birmingham City Jail starting on December 28, 2019. However, he was released because authorities didn’t have enough evidence to charge him with that crime.