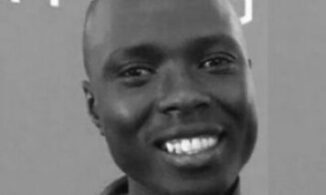 Patrick Cheruiyot was a Kenyan Marathoner, who passed away on Friday 18 October 2019, at a Nairobi hospital. He died four days after he unexpectedly dropped out of Graz Marathon in Austria, where he acted as the pacemaker of the race’s eventual winner, Mathew Kemboi.

It's with sadness to announce that Volare athlete Patrick Cheruiyot passed away. Patrick was an upcoming athlete,…

Patrick was married; he leaves a widow and two children.

Patrick participated in the Standard Chartered Marathon in Nairobi and finished third in 2018. In April 2019, he ran the Linz marathon and got injured during the race but held on to finish seventh. Patrick had fallen and hit his head on the road while running; since then, he was not his usual self.

Last weekend Patrick participated at Graz Marathon in Austria, but he dropped out of the race at 3km. Cheruiyot complained of a headache and examined by the medical team, which was at the event, and he was not diagnosed with anything serious. Treatment for malaria didn’t help either.

He was the intended pacemaker for the eventual winner of the race, Kenyan compatriot Mathew Kemboi. After Cheruiyot, Kemboi ran a solo run to win the race in 2 hours 15 minutes and 12seconds.

Patrick died on Friday 18 October 2019 Nairobi hospital. He has died at the age of 34, and death cause was a brain haemorrhage.

Last week Patrick Cheruiyot, a 2:09 marathoner, returned to Austria to compete in the Graz marathon.

He dropped out after just 3k.

A week later Patrick Cheruiyot is dead from brain hemorrhage.

He was injured during the Linz marathon in April 2019, but held on to finish 7th. pic.twitter.com/MCQ3w5sZsJ