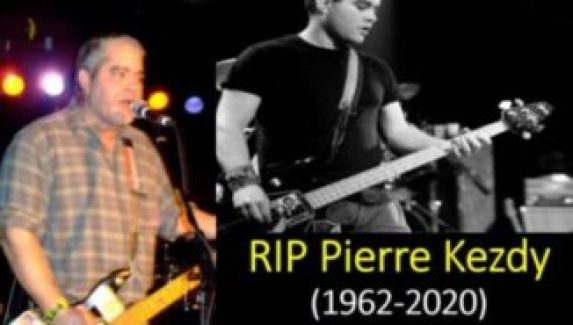 Pierre Kezdy was likewise the more youthful sibling of Effigies frontman John Kezdy. He was an American bass player, known for playing with different Chicago punk groups, including Naked Raygun, Pegboy, Strike Under, Arsenal, and Trial By Fire.

Pierre Kezdy was born on January 4, 1962. Kezdy began with the band Strike Under in either 1979 or 1980. At the point when Steve Bjorklund, the band’s lead artist, left the band in 1981, the rest of the individuals, including Kezdy, framed another band called Intense test time. At the point when that band collapsed in 1982, Kezdy proceeded to supplant Camilo Gonzalez in Bare Raygun, going along with them in an ideal opportunity for their second collection All Ascent. Exposed Raygun stopped acting in 1992.

In 1994 Kezdy supplanted Steve Saylors in Pegboy, the band began by previous Bare Raygun bandmate John Haggerty. At the point when Bare Raygun began playing again in 2007, he was supplanted in Pegboy by Mike Thompson. Kezdy endured a stroke in 2011 and couldn’t perform live with Bare Raygun, so Pete Mittler, who was at that point part of Jeff Pezzati’s band, the Bomb, played bass for their live shows. Kezdy did re-join Exposed Raygun for live shows in 2013, playing baritone guitar with Fritz Doreza playing bass.

Other bands that Kezdy has played with include the Rainbow Girls (with his brother John Kezdy, of The Effigies), the Interceptors, and Arsenal (both with Santiago Durango). Kezdy played a Gibson G3 bass guitar.

Kezdy was interviewed for the film You Weren’t There and two of his bands (Naked Raygun and Strike Under) were profiled.