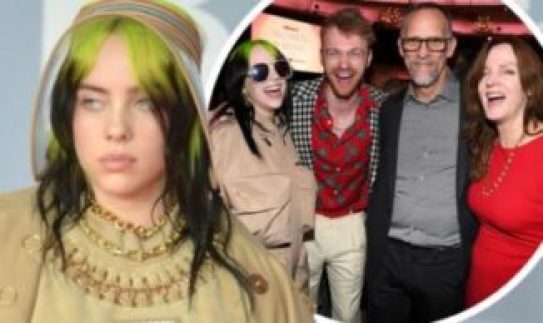 Prenell Rousseau is a fan of The Bad Guy singer Billish Eilish. According to TMZ, he visited Eilish’s private residence on seven separate occasions.

Rousseau first appeared uninvited at the singer’s house last Monday, ringing the doorbell and asking if Eilish lived there. After Eilish’s father told him no, Rousseau returned to the house later that evening and exhibited “erratic behavior”.

Billie Eilish is scared for herself and her family because an obsessed fan keeps showing up at her home this week, and he never practiced social distancing and most of the time, never wore a mask.

Billie says the 24-year-old trespasser started showing up last Monday, ringing the doorbell, and through the Ring camera, her father asked Rousseau if he could help him. Rousseau responded, “I think I might have the wrong house, but does Billie Eilish live here?”

Billie’s dad told the guy he had the wrong house, but that didn’t stop him.

Billie says he returned at 9 PM and exhibited “erratic behavior.” She says, “While we waited for security, Mr. Rousseau remained on our porch, sat down and began to read a book, while also continuing to engage in a periodic monologue. My father repeatedly asked him to leave, but he refused …”

Security shooed him away, but he returned a little while later and laid down behind a wall, ready to spend the night.

Rousseau reappeared on Tuesday and began trying the door handle to gain entrance.

He returned again and again and was not deterred by anyone. Billie says Rousseau showed up a total of 7 times, 5 of which he was not wearing a face mask … and the 2 times he did wear a mask, he pulled it down while talking to security. He was also not wearing gloves as touched the doorbell and doorknob multiple times.

A judge ordered Prenell Rousseau to stay 200 yards away from Billie and her family members. In addition, the individual must cease all contact effective immediately. The next hearing is scheduled for June 1.