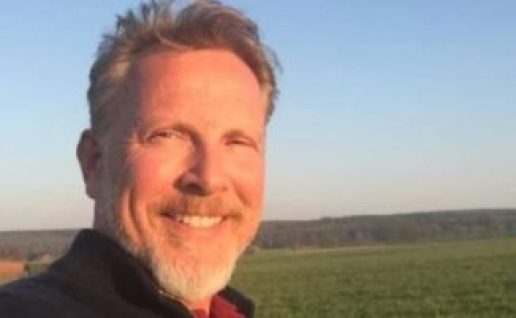 Prince Otto of Hesse of Germany was tragically killed in a motorcycle accident on Sunday, according to Bild. He was 55. The German royal, who owned four McDonald’s restaurants in Ingolstadt, a city located in Bavaria, was a descendent of King Frederick William III of Prussia and King William I of the Netherlands, the second son of William of Hesse-Philippsthal-Barchfeld, who is the current head of the Hesse-Philippsthal family.

Prince Otto of Hesse has died at the age of 55.

Otto was driving his Ducati Multistrada on the A96 motorway near Lindau, on his way to Ticino in Switzerland on May 17. The reason for the crash was not immediately clear. A police spokesman told TZ that the accident may have been caused by excessive speed. The police report said, “For reasons not yet known, the rider lost control of his vehicle, started to swerve and crashed into the guard rail.”

On May 4, Princess Maria Galitzine Singh of Austria, a descendent from an emperor in the Habsburg dynasty, died in Houston, Texas. According to her obituary, the cause of death was “from a sudden cardiac aneurysm.”

The Austrian princess, born in 1988 in the city of Luxembourg, died in Houston, Texas. She was married to Rishi Roop Singh, a chef in Houston, with whom she had a 2-year-old son named Maxim. She is also survived by her sisters Xenia Galitzine de Matta, Tatiana Galitzine Sierra and Princess Alexandra, her brothers, Princes Dmitri and Ioann, and her parents, Princess Maria-Anna (born Archduchess of Austria) and Prince Piotr Galitzine.

Otto married Clara Blickhauser in September 1998, but the couple divorced after 19 years together in 2017. He is survived by the couple’s four children: Max, Leopold, Moritz, and Elena.

On April 12, Otto posted a photo on his Facebook page of himself and his motorcycle. The Ducati aficionado also featured a picture of the bike as his banner photo. He encouraged one of his friends in a comment to also get a bike. He wrote, “Come to my age and get a Harley. You still have time.”

In addition to his love for motorcycles, the German prince was a fan of practicing martial arts and spending time outdoors with his kids. On his 55th birthday, Otto visited one of his McDonald’s restaurants. His employees described him on Facebook as “the best boss in the world” and a “terrific person” who “always had a sympathetic ear for everyone. The hole he leaves behind is enormous, but we will do everything in our power to keep the restaurants running in his name.”