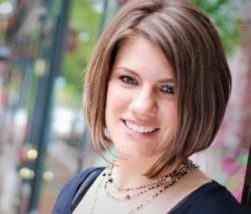 Rachel Held Evans was an American Christian writer, blogger, and writer. Her book A Time of Scriptural Womanhood was on The New York Times’ digital book genuine success list.

Rachel Held Evans was born on 8  June 1981 and died on 4 May 2019. She has died at the age of 37.  Evans was destined to Dwindle and Robin Held. She experienced childhood in Birmingham, Alabama. At age 14, she and her family moved to Dayton, Tennessee, where her dad took a managerial position at Bryan School.

She went to Rhea Region Secondary School and afterward went to Bryan School where she studied English writing. She got her Four-year education in liberal arts degree in 2003 and wedded her school sweetheart, Dan Evans, that year. They moved to Chattanooga, Tennessee, where she filled in as an understudy for the Chattanooga Times Free Press.

Evans is made due by her better half, Dan Evans, and their three kids. Evans passed away in a medical clinic in her home city of Nashville, Tennessee.

Dan Evans had before said that his better half had been put in a restoratively incited extreme lethargies after she had been encountering seizures.

Dan wrote in a blog entry that his significant other kicked the bucket on the morning of May 4, two days after specialists found swelling on her mind. He said in the post, “The group at the medical clinic found broad swelling of her cerebrum and made crisis move to balance out her.

The group worked until Friday evening as well as could be expected to spare her. This swelling occasion caused extreme harm and at last was not survivable.” Dan depicted his significant other’s passing as being “dreamlike.” He included, “I continue trusting it’s a bad dream from which I’ll wakeful. I have a feeling that I’m recounting to another person’s story.”

I am absolutely shattered to learn of the death of @rachelheldevans today. We will always be better for having been exposed to her incisive and necessary critical thinking about Christianity, politics, and evangelical culture. My goodness, she was only 37. https://t.co/GVqWw0jkf8