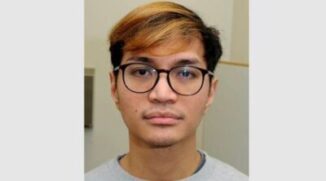 Reynhard Sinaga is a 36-years-old serial rapist, who used ‘secret poison’ to drug and attack up to 195 victims is jailed for life. He was jailed for a minimum of 30 years. He lured victims back to his flat for drinks or to charge their phone before slipping them a date rape drug and violating them.

Reynhard Sinaga is an Indonesian student who was convicted of 136 rapes in Manchester, England between 2015 and 2017. Sinaga was prosecuted in four trials between 2018 and 2020 and was handed over 88 concurrent life sentences with a minimum term of 30 years.

Sinaga is believed by police to have raped or assaulted potentially upwards of 190 men, having waited for them at nightclubs, pubs, etc. He was accused of drugging and raping his victims, and then boasting about this on Whatsapp.

BREAKING: Reynhard Sinaga, a student from Indonesia, has been jailed for life with a minimum term of 30 years for committing 136 rapes in Manchester. Prosecutors say he is the most prolific rapist in Britain, possibly the world. More on @BBCNews pic.twitter.com/i9rGNnaa6m

Reynhard Sinaga was born in 1983 to a wealthy, strict Catholic family in the Indonesian capital Jakarta. He came to the UK in 2007 on a student visa when he was 24. For the next 10 years, up until his arrest on 2 June 2017, he lived off money wired from Indonesia by his father, a banker.

As well as paying tens of thousands of pounds in tuition fees, his father financed Sinaga’s flat in Montana House, a few doors down from Factory nightclub, which became his favourite place to look for men.

Sinaga studied at Manchester University from August 2007 for an MA in sociology, and then in August 2012 began studying at Leeds University for a PhD in human geography, which he never finished.

He submitted his thesis, entitled “Sexuality and everyday transnationalism among South Asian gay and bisexual men in Manchester”, in August 2016, but it failed and he was given time to make corrections.

Sinaga is believed to have raped nearly 200 victims. The sick predator boasted of using his “secret poison” to make young, straight men “fall in love” with him between January 2015 and June 2017. In one chilling encounter captured on CCTV, he left his flat and returned with a victim just 60 seconds later.

The UK's most prolific serial rapist has been jailed for life

36-year-old Reynhard Sinaga has been jailed for life and must serve a minimum term of 30 years after he was convicted of sexual offences against 48 men pic.twitter.com/A6hiWVpgXt

Sinaga was found guilty of 159 charges against 48 men – aged between 17 and 36 – but cops found footage and other evidence of up to 195 victims on laptops and two iPhones. Most victims were clueless they had been attacked and only two already knew they had been raped when they were approached by police. It is believed dozens more could now come forward following his conviction.