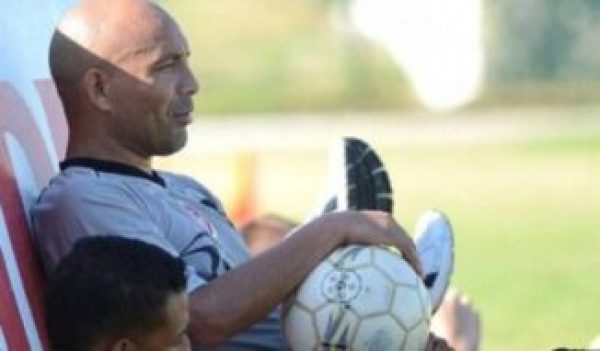 Ricardo Ciciliano, also known as Ricardo Manuel Ciciliano Bustillo was a retired Colombian football midfielder, has died. He had been admitted to a Barranquilla clinic for complications from COVID-19. As a professional soccer player, he shone by playing about 540 national football matches and in a brief stint in Peruvian football and among his achievements,  Ciciliano got two Colombian leagues, one with Tolima in 2003 and another with Cali in 2005. He also celebrated the Peruvian soccer title in 2011.

Ricardo Ciciliano was born on September 23, 1976, in Barranquilla, Colombia. He has died at the age of 43

Since the 2nd semester of 2006, Ciciliano played at Millonarios where he has achieved several remarkable feats; one of these was on November 19, 2006, when Millonarios played against Independiente Medellín; Millonarios was winning the match 1–0 and with 5 minutes remaining for the final whistle, Millonarios goalkeeper Jose Fernando Cuadrado was sent off. Without another goalkeeper available (Juan Carlos Henao was injured) Ciciliano decided to serve as the goalkeeper; he eventually saved the penalty kick awarded to Independiente Medellín as a result of Cuadrado’s foul and Millos won the match.

Another feat of Ciciliano was on October 24, 2007, when he scored 2 goals against the Brazilian club São Paulo FC assuring Millonarios qualification to the Semi-finals of the Copa Sudamericana 2007. That same year he won Top Scorer in the Copa Sudamericana 2007 after scoring 6 goals in Millonarios. Ciciliano played for Colombia at the 1993 FIFA U-17 World Championship in Japan.

Ricardo Ciciliano joined the Tolima squad in 2003 and, just that year, the team won one of the local titles: League II (that is, the second half).

The steering wheel was one of the figures of the contest , which the ‘vinotinto y oro’ won from the penalty spot, defeating Deportivo Cali. Ciciliano stayed in the squad for three years, playing 180 games and scoring 34 goals.

One of those scores also gave him a record for the Ibagué team: that of the fastest goal (at 20 seconds). It happened on April 24, 2004, in a match against América de Cali.

In 2005, Ricardo Ciciliano lifted his second league title, this time from Deportivo Cali (curiously, the team against which he won his first title playing with Tolima).

In the ‘sugar’ squad he played for a year, perhaps one of the most successful of his career. He played 54 games and scored 10 goals.

In the title, obtained during League II-2005, Ciciliano was the undisputed starter and one of the figures along with -nothing more and nothing less- Hugo Rodallega (scorer of that contest with 12 goals).

Ricardo Ciciliano took his last steps on the pitch hand in hand with Atlético Huila, in 2012. At the end of that year, he decided to retire from football after a tear from which he did not fully recover.

Even so, with the ‘opita’ team shirt he played 7 games and scored one goal.

He played for Juan Aurich, from Peru, in 2010. He was part of the squad with which the team won, for the first time in its history, the local League (2011).

In the Peruvian team he also had remarkable numbers: he played 67 games and scored 19 goals.

In 2011, and after celebrating the title of the League of Peru, the portal ‘De Chalaca’ included him in the ideal team of the tournament.

Ciciliano died of a COVID-19-derived pneumonia in Barranquilla on September 17 2020. Unofficial information indicated that Ciciliano was infected with coronavirus, but from the truth it is that during the month of August, the ex-flyer was hospitalized for more than 20 days due to respiratory problems, of which he showed improvement.

However, on August 31 he had a relapse and his situation worsened, so he had to be transferred again to the ICU of the La Asunción Clinic in Barranquilla, where he died of pneumonia.