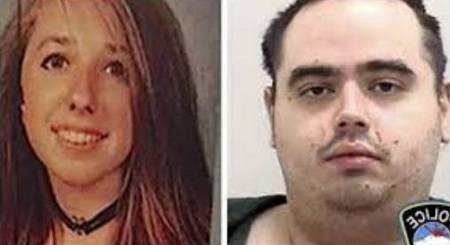 She was killed in the breakroom of the Colorado Springs, Colorado, store. Joshua Johnson is a Walgreens employee who is accused of murdering Whitelaw.

On Saturday, June 11, 2022, at 6:55 p.m., the Colorado Springs Police Department received a 911 call from Walgreens at 6820 Centennial Boulevard, located within the City of Colorado Springs.

One of the store’s managers said that they had found a body in the breakroom, and “there was blood everywhere.”

When officers arrived, they located Whitelaw’s body on the floor of the employee breakroom. She had suffered significant trauma to her neck area. There was a large amount of blood on the floor around the head of the victim, and there were substantial blood stains on the floor cabinets and breakroom counter. Police found an identification badge and radio earpiece on the floor near her feet but no signs of life.

A 28-year-old Colorado man was arrested by local authorities this week for allegedly murdering his teenage colleague inside the break room of the Walgreens where they worked.

Colorado Springs Police wrote in a press release this week that they were investigating the death of 17-year-old Riley Whitelaw, who was found dead on 11 June by her manager at a Walgreens on Centennial Boulevard in the city about 60 miles south of Denver.

Her coworker, 28-year-old Joshua Taylor Johnson, was arrested the following day after management revealed that Riley had allegedly reported being uncomfortable with his “advances” a year prior.