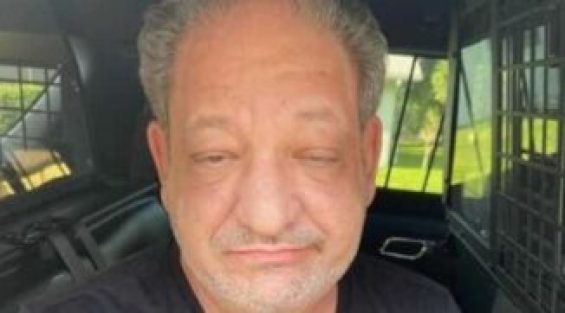 Robert Kovner is accused of threatening a mass shooting at a grocery store after expressing concerns about the coronavirus pandemic. Investigators said Kovner was upset about seeing people shopping without face masks or gloves.

Kovner expressed his annoyance on social media on April 14. He posted to the Sebring, Florida, a Facebook group that if he was diagnosed with COVID-19, he would head to the Publix store and “empty every clip I own.”

Kovner was arrested less than two hours after the threatening message was posted to Facebook, according to the arrest report. Deputies located Kovner at his home in Sebring, Florida, and he was taken into custody without incident.

Kovner made a statement to deputies after he was read his Miranda rights, but the department blacked out that portion of the arrest report.

The Highland County Sheriff’s Department wasted no time in announcing Kovner had been arrested. The arrest report notes he was taken into custody at 6:15 p.m. Just 20 minutes later, the department posted on its own Facebook page that Kovner had been apprehended.

Deputies used Kovner’s arrest as an example and warned others against issuing written threats. The department wrote in part, “We realize these are stressful times, but there is no excuse for making threats like this. It’s not a joke. It’s not just a bad day. It’s a crime. We will ALWAYS take them seriously and you will go to jail.”

Robert Kovner faces two felony charges. According to the arrest report by the Highland County Sheriff’s Office, Kovner is charged with:

The first charge is described in the Florida legal code:

Second-degree felony charges in Florida are punishable by up to 15 years in prison if convicted.

Kovner was quick to apologize for the threatening message. The arrest report notes the original post was deleted and “another post was made from the same account apologizing.”

In the second message, Kovner repeated his call for community members to wear face masks and other personal protective equipment while the pandemic continues.

According to the Highland News-Sun, Kovner also shared that the coronavirus had impacted him directly. He said seven of his friends and family members had died from the virus and that his mother-in-law was “fighting for her life at the moment from this horrible virus.”

Who is Vaughan Mason Biography, Wiki, Age, Spouse, Net Worth, Death Cause