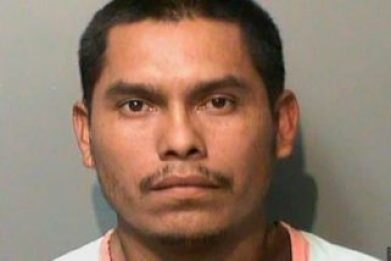 Ruslan Maratovich Asainov Bio: He is an American citizen accused of becoming ISIS sniper and weapons trainer. He is 42 years old.

Ruslan Maratovich Asainov was born in 1977  in Kazakhstan. He became an American national by naturalization. He lived in Brooklyn between 1998 and 2013.

Ruslan is of Muslin religion. He messaged a friend that his “faith in Islam” had been “renewed” in Syria.

According to his neighbor in Brooklyn, he was married to Alexandra and had a younger daughter. Alexandra later moved to England alone.

The neighbor told They were a nice married couple. She got pregnant, I was very happy for her. They had a baby girl.

She was adorable. She was very nice, a typical American girl. She worked in retail. He was polite but aloof. At first, he was normal, but then he grew a beard.

She said they were arguing before, he was drinking, then she said he stopped and everything was good between them.

He was a detained overseas by the Syrian Democratic Forces and was later transferred to US custody and arrived at JFK on 18 July 2019 and was taken into FBI custody.

He was charged with providing material support to the terrorist organization, including providing training to terrorist soldiers and attempting to recruit personnel.

Asainov traveled to Istanbul, Turkey, from his home in New York’s Brooklyn borough in December 2013 and then to Syria, where he joined ISIS and rose through the ranks as a sniper and then as a weapons instructor, according to charging documents.

Prosecutors said Asainov was detained by the Syrian Democratic Forces and was transferred into FBI custody.

The charges filed against Asainov were based in part on his regular communication between August 2014 and March 2015 with a confidential informant working for the New York Police Department.

According to the complaint, Asainov attempted to recruit the informant to work for ISIS’s media operations and asked that he send about $2,800 for military equipment.

ISIS has claimed responsibility for several attacks against Americans in the United States and abroad.

Ruslan Maratovich Asainov, arrested today by the #FBI for terrorist activities related to ISIS, was born in Kazakhstan on June 28, 1976. He entered the U.S. on a DIVERSITY LOTTERY VISA (!!!) on February 27, 1999, and he became a naturalized U.S. Citizen on September 1, 2006. pic.twitter.com/TJB5NOSnlZ