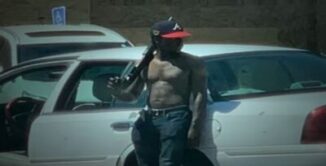 Ryan Snow is the former Hoover, Alabama police officer, who was fired after posting a threatening message on Facebook that the police chief described as “sickening.” The picture was of a Black protester in the crosshairs of a rifle scope. He admitted to sharing the image, according to the Associated Press. He was fired three days after posting it. Snow has since either suspended or deleted his Facebook account but screenshots of the post have circulated online.

Snow was responding to a headline from WSB-TV in Atlanta, Georgia, about armed protesters. The TV station published an online article on June 23 titled, “Armed protesters remain at Wendy’s where Rayshard Brooks was killed. So what’s next?”

The news report featured a picture of a shirtless Black man leaning against a vehicle while casually resting a shotgun against his right shoulder. Protesters were blocking the intersection at University Avenue and Pryor Street, which leads to the Wendy’s parking lot where Rayshard Brooks was shot and killed on June 12.

Snow edited the picture of the protester by adding crosshairs to it as if someone was aiming a rifle at the young man. Snow wrote in the caption, “Exhale. Feel. Pause. Press steadily. That’s what’s next.”

According to AL.com, the Hoover Police Department learned about it the following day and placed Snow on administrative leave. Two days later, Chief Nick Derzis made the decision to fire Snow, who joined the police force more than four years ago.

In a statement to the Associated Press, Derzis insisted Snow’s Facebook activity was not reflective of the entire force. “When I saw the post and the image, it sickened me,” Derzis said. “It certainly did not adhere to the standards expected of every officer who wears our uniform. This type of conduct will not be tolerated in our department and is not representative of the professionalism expected by all of our officers. We’re not going to allow one officer to tarnish the reputation of the Hoover Police Department.

But the president of the Birmingham Justice League, Carlos Chaverst disagreed with that sentiment. He argued in a prepared statement to AL.com that greater policy changes are needed within the city’s police force. “Hoover Police Department shows time and time again they have no regard for black lives. Their officers continue to show disrespect to the movement and what we are protesting for. We appreciate Hoover Police for acting swiftly, but firing an officer isn’t enough,” Chaverst said. “Hoover should implement real policy changes to ensure this doesn’t happen again. If they don’t it’s merely a bandaid on a gunshot wound. Hoover, continue to punish your officer for doing wrong like you do us, but this is about policy not firing.”

Chaverst also brought up the 2018 killing of 21-year-old Emantic “Ej” Bradford Jr. in his statement. Bradford was shot three times in the back on Thanksgiving night as police responded to a report of a shooting inside the Riverchase Galleria Mall. The officer who shot Bradford was not charged. 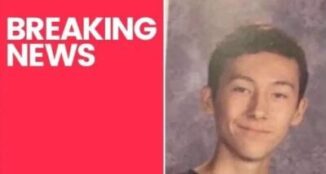 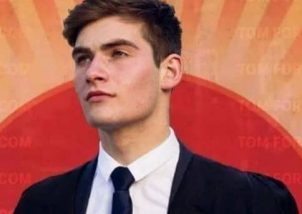 FacebookTwitterRedditPinterestEmailTom Harwood Biography – Wiki Tom Harwood is a young Brexit activist, journalist, and commentator, based in Westminster. He predominantly works as a reporter for Guido Fawkes. Tom’s sought after perspective has earned him a large online following, and regular appearances on Radio, TV, and in newspapers, where he offers a valuable insight into Parliament,… 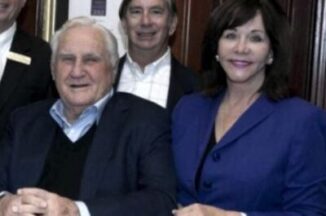 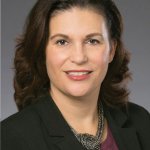