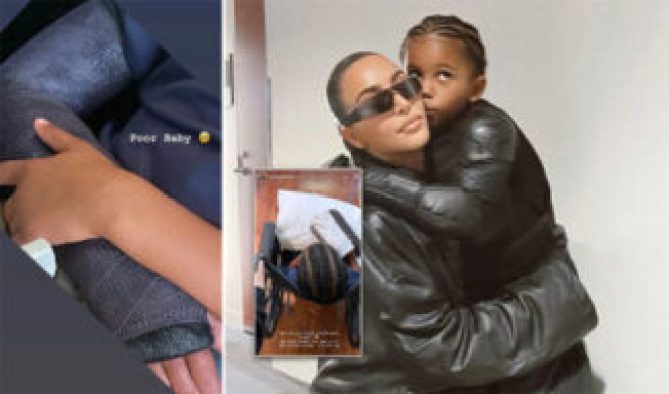 Who is Saint West?

Saint West is the 2nd child of Kim Kardashian. Saint, Kim Kardashian’s 5-year-old kid, broke his arm and she is “not ok.” In a series of images uploaded on her Instagram Story on Thursday, the 40-year-old “Keeping Up With the Kardashians” veteran revealed that her son had sustained the awful incident.

How Saint West Broke His Arm?

Saint was first seen in a wheelchair, icing his arm, in a photo posted by Kardashian. The distraught mother later tweeted a photo of her baby cradling his arm after his cast was applied.

In her Story, the inventor of Skims wrote, “Who do you think cried more today? My baby broke his arm in a few places today. I’m not ok,”

The skim’s creator did not provide any other information on how her son, whom she shares with husband Kanye West, broke his arm.