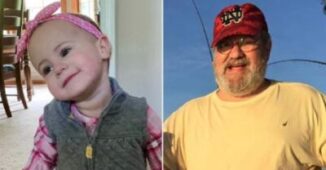 Salvatore Anello is the Grandfather of 18-month-old Chloe Wiegand. He accused of dropping his toddler granddaughter out the window of a cruise ship last year. He is now pleading guilty to negligent homicide. Anello is from Granger, Indiana.

Salvatore Anello also known as Sam, initially pleaded not guilty to a negligent homicide charge from Puerto Rican authorities in October in the death of Chloe Wiegand in July. He accused of dropping his granddaughter from the 11th-floor window of a cruise ship docked in Puerto Rico last year has changed his plea to guilty the day after he declined his right to a jury trial. Salvatore Anello, who is charged with negligent homicide in the death of 18-month-old Chloe Wiegand.

Wiegand’s parents have sued the cruise ship company, accusing it of negligence by allowing the window in the ship’s children’s play area to be open. The death occurred in July 2019 as the girl from Granger, Indiana, vacationed with her family aboard the Freedom of the Seas of Royal Caribbean Cruises. Anello has said he did not know the window was open when he lifted Chloe to it so she could bang on the glass.

Puerto Rico Attorney General Dennise N. Longo Quinones released a statement, saying, “The Puerto Rico Department of Justice has diligently prosecuted the charges against Salvatore Anello in order to bring justice to Chloe’s unfortunate death. The defendant filed a motion yesterday afternoon expressing his intent to plead guilty and asking for a hearing date where the Court may accept his change of plea. Anello’s decision to so proceed is wholly within his discretion and will become binding only upon his appearing before the Court to voluntarily plead guilty.”