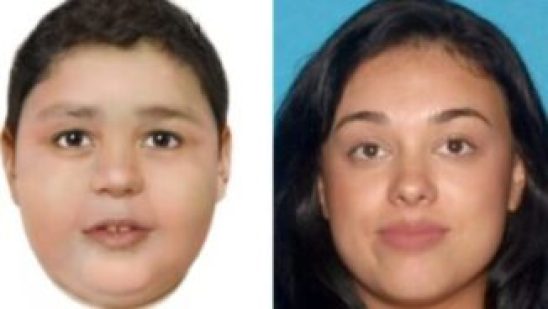 Samantha Moreno Rodriguez is identified as the mother of the 7-years-old child found dead on a hiking trail just outside of Las Vegas. She is the prime suspect in his murder.

She is the suspect in her child’s murder, and a warrant has been released for her arrest. She is believed to have lived in San Jose, California, with her young son before their disappearances. Cops said Rodriguez left San Jose with her son, Liam Husted, on May 24, 2021.

The dead child found near Mountain Springs over a week ago has been identified. He is Liam Husted, a 7-year-old, from San Jose.

Metro police said Monday that the boy was traveling with his mother Samantha Moreno Rodriguez and they have issued a warrant for her arrest.

They are asking for the public’s help in finding her. If you recognize her please call the police. Slide left to see license plates and vehicle suspect is driving. Swipe up in our stories for the full story and details on the recent updates.

The body of seven-year-old Liam Husted was found on a hiking trail near Las Vegas on May 28, 2021.

It was discovered in a “forest area” of the Mountain Springs trail and was last seen in San Jose on May 24.

Police said a family friend had contacted San Jose’s law enforcement after she recognized Liam in the e-fit prepared by the National Center for Missing and Exploited Children after the body was found.

Liam’s father, who is not a suspect in the case, also contacted authorities on June 1 with concerns.

Lt. Ray Spencer said: “The father did not feel that his son was in harm’s way.

Rodriguez’s current whereabouts are unknown, but a massive manhunt is underway to track the young mom down.

Samantha Moreno Rodriguez left San Jose with her son on May 24, driving a 2007 dark blue Dodge Caliber with the license plate 6WLH211, which was “packed full of belongings”.

Two days later, the pair were spotted in Laguna Bay before Liam’s body was discovered early in the morning on May 28.

The dark-colored vehicle was then seen traveling on the I-70 the following day near Grand Junction, Colorado.

The last sighting of Samantha was when she checked into a hotel room alone in the Denver area on May 31.

She is believed to be traveling alone.