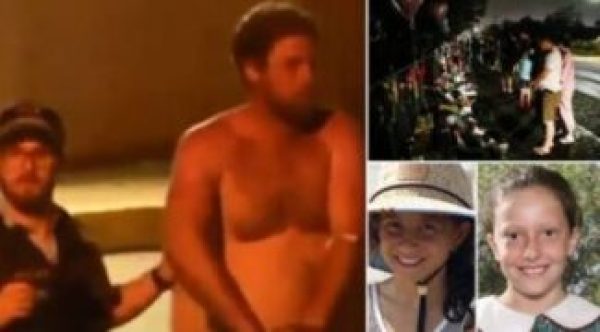 Samuel William Davidson is a 29 years old man, who allegedly killed four children when he ran them over with a ute on a Sydney footpath. He was driving back home from a Caltex on Green St when he allegedly ran a red light before ploughing into the group of children at about 8 pm.

Oatlands: It is a devastating loss of life which has caused so much heartbreak across the community. Four children killed and three others injured, run down by alleged drunk driver, 29-year-old Samuel William Davidson. https://t.co/uWTinIHDSr @laurakatebanks #Oatlands #7NEWS pic.twitter.com/xUMTdihvZM

The gathering of youngsters had been en route to purchase frozen yogurt with their sitter while their folks were out to supper. The alleged drunk driver accused of killing four children after mowing them down in his 4WD is the son of a retired police detective and had allegedly been drinking at home with friends in the lead up to the tragedy.

Davidson was arrested at the scene and remains in custody. He was seen being taken away in handcuffs and shirtless. He is facing up to 25 years in prison if convicted of 20 offences including four counts of manslaughter and high-range drink driving after Saturday’s horrendous crash. Police allege the driver had been drinking at home with friends before he got behind the wheel to withdraw cash at a service station.

He allegedly recorded a blood alcohol reading of 0.150 – three times over the limit – and has been charged with four counts of manslaughter as well as dangerous driving occasioning death, dangerous driving occasioning grievous bodily harm, negligent driving, drink-driving and other offences. Davidson’s case was on Sunday heard at Parramatta Bail Court. He did not appear in court and did not apply for bail, which was formally refused by magistrate John McIntosh. He’s scheduled to return to Parramatta Local Court on 2 April.