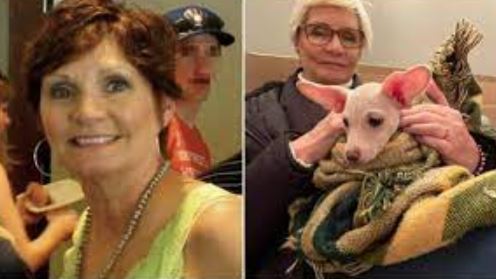 Sandra Eckert went missing on March 26, 2021, after she left her Franklin residence following an argument with her husband, Wes Eckert Sr.

The Franklin Police Department is now handling the longtime missing woman Eckert’s case as a homicide and said two people are interested in the case.

The 70-year-old Franklin woman has been missing since March of 2021. Her husband told CBS 58 that his wife left in the middle of the night after a fight.

Investigators say the case is now being investigated as a homicide and the two persons of interest are people known to Sandra Eckert.

For more than a year, Eckert’s son and daughter have been searching for answers about what happened to their mother.

CBS 58’s Tajma Hall first spoke to Sandra’s adult children just after the first anniversary of their mother’s disappearance. We checked back in with her son, Wes Eckert Junior, about the new developments in the case.

“We still have to live in this harsh, harsh reality of what happened,” he said.

The family has been working to keep Sandra’s story alive.

Police confirmed a search warrant at a Waukesha home concerning a first-degree intentional homicide and hiding a corpse. They tell the man whose home they searched was taken into custody on June 7 and later released.

Police say they have not yet referred charges to the Milwaukee County District Attorney’s Office. The persons of interest are not yet being named, and documents related to the case are currently sealed pending the ongoing investigation.

Police, via search warrants, confiscated electronic devices and “additional evidence” from Eckert’s home last year, Fadness said. The warrants remain under a court-ordered seal “to protect the integrity of the investigation,” he said.

Eckert’s children told the Journal Sentinel in April that they believe their father might be to blame. Kelsey Eckert and her brother, Wes Eckert Jr., have been suspicious about their father because he has “not assisted in the search in any way,” Wes Eckert Jr. said.