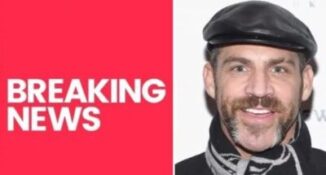 Scott Patric was a hair and makeup artist on Project Runway All-Stars. He found dead on January 9 at his home. Patric death is conformed by his representatives, they said, He was found today in his bed after not responding to calls. He has been a make up artist since 1999.

Scott Patric counts as career highlights working with many Stars. His work was also featured in style-bibles such as Vogue, Glamour and Esquire. In addition, Patric has done makeup for national ad campaigns for brands such as MTV, L’Oreal and MAC Cosmetics.

He also was a YouTuber and have a popular YouTube channel, Scott Patric Beauty. According to his LinkedIn page, Patric had been working as a makeup artist in New York City since 1999.

Patric wrote on that page, From the nervous bride to the sceptical mom, from the insecure actress to the bawdy singer, I have been able to calm them, impress them, have a good laugh too, all the while making them look spectacular.

Patric worked as lead, on-camera makeup artist for Project Runway All Stars and Project Runway Junior previously, Project Runway and Project Runways Under The Gunn and Threads. in a 2014 interview saying it was a fun, challenging, and exhilarating working with the models and designers on Project Runway. We are in a creative time crunch, so we use all our know-how and creativity to pull it all together and make a great look for the audience and judges to view.

During that same interview, Patric spoke about his favourite makeup products. Patric namechecked Benefit’s They’re Real! Mascara, Luminous Silk Foundation by Giorgio Armani and Dolce & Gabbana’s Classic Cream Lipstick in his answer. While in a 2012 interview, Patric said his first gig was working as a freelancer on a Philadelphia Magazine photoshoot.

Patric said, “It was a photo of a model eating a soft pretzel with mustard and a cheesesteak hoagie. It was very depressing. I asked was this the kind of pictures he took? He said Philadelphia was very proud of its street fare!! I ran outta town and moved to South Beach.

Patric was found unresponsive at home on January 9. A statement by contact NYC read in full, “It is with a heavy heart that I can confirm makeup artist Scott Patric has passed. He was found today in his bed after not responding to calls.

♥️♥️♥️We are deeply saddened to have to announce to you the passing of our friend, former exceptional Project Runway makeup artist, and talented hair stylist Scott Patric @scottpatricsays . Our hearts are truly heavy. Rest in peace, Scott Patric. ❤️💔❤️ We love you.❤️ pic.twitter.com/VvDYVqr0RY