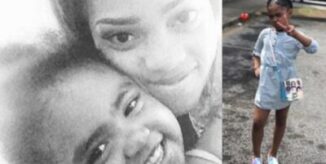 Secoriea Turner was the 8-years-old girl who fatally shot near Wendy’s restaurant. She was shot and killed on July 4 while riding in a Jeep Cherokee with her mother and another adult. Secorie’s killing prompted Atlanta Mayor Keisha Lance Bottoms to crack down on protesters who had occupied the area in the wake of Brooks’ death.

Secoriea was shot and killed on July 4 while riding in a Jeep Cherokee with her mother and another adult. The shooting happened after the driver tried to pass a roadblock that protesters appeared to have set up near the Wendy’s where Brooks, a 27-year-old Black man, was killed by a White police officer on June 12.

The Atlanta Police are looking to identify the suspect pictured about the death of 8-year-old Secoriea. News of a second person of interest comes after Atlanta police released surveillance video last week of another person of interest. This person is seen wearing a white T-shirt and is also carrying a rifle near where Turner was shot.

The Atlanta Police are looking to identify the suspect pictured in relation to the death of 8 year old Secoriea Turner (Up to 20k Reward) pic.twitter.com/vi4ByfiO0n

Police released a short video of an armed man who they described as a person of interest in the girl’s shooting. Malecki said the footage comes from a surveillance camera near where Secoriea was shot. It shows a Black man in a white shirt and dark pants carrying an AR-15 rifle with a tan stock and grip.

Atlanta police believe new video and a reward that has been doubled to $20,000 will help lead investigators to the person responsible for the shooting death of Secoriea Turner.