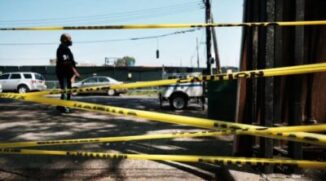 Shatavia Walls was a Brooklyn woman, was shot and killed after she asked a man to stop setting off fireworks. Walls succumbed to the injuries she received on July 7 when she was hit by gunfire in Brooklyn On Friday, July 17. On July 7, around 8:30 p.m., Walls and her 30-year-old companion, Kelvin Hernandez, were at 1259 Loring Ave. in the Pink Houses when a dispute with a man turned fatal, the NYPD told the New York Post.

She was 33-year-old at the time of death.

The suspect left the scene and is still at large, the Post reported.

Eric Adams, the president of Brooklyn Borough, asked residents to avoid calling 911 or 311 to report the use of illegal fireworks. At a press conference, Adams urged residents to talk to the young people or the people on your block who are using fireworks and explain the dangers. He said the goal is to avoid heavy-handed policing.

We want a good community response to dealing with a nuisance, Adams added. This is a nonviolent act. So those three numbers that we all dial, 911, get over that. He said that community organizations should be taking the lead in encouraging residents to avoid illegal fireworks, and parents should get involved too. These are hazardous instruments; you could lose an arm, you could lose an eye, you could lose your life, and parents need to know … your children should not be playing with this, he said.

After Walls was shot over a fireworks dispute, Adams reiterated, the first line of interaction when it comes to non-criminal behaviors should be between neighbors. If a situation escalates to the point where someone is becoming disrespectful or violent, the police should be called, he continued. We can never and will never condone any form of violence. The person who shot Ms. Walls must be found and held criminally responsible. My heart goes out to her and her entire family on this horrific incident.

According to the police, Walls confronted a man who was illegally setting off fireworks, asking him to stop. The man then left and returned with a gun, and police said he shot Walls and Hernandez as they tried to run away. Walls was shot eight times, and Hernandez was hit in the arm. Both were transported to Brookdale University Hospital Medical Center, where Walls died of her injuries ten days later.

New York City has seen a surge in shootings and gun violence in recent months, as have many other parts of the country. NYPD Commissioner Dermot Shea said that jail reforms and prisoners getting an early release from Rikers over coronavirus fears are to blame, ABC7 reported. Darcel Clark, Bronx district attorney, said, “We have a lot, a lot of crew and gang violence. People don’t know how to settle disputes. They only know how to settle it with guns.”