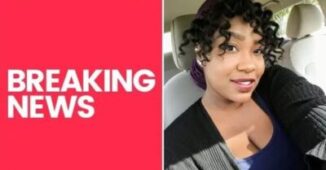 Soncerae Smith is the popular YouTuber, has died at the age of 39. Smith’s family said that she had been the victim of “harassment” and “stalking.” Smith is survived by her son, 2.

According to Smith’s Facebook page, she was living in Los Angeles at the time of her death. Smith wrote on her profile that Fort Washington, Maryland, was her hometown. On her page, Smith said that she was single.

Smith’s Instagram page was set to private at the time of her passing. Smith wrote in the bio section of her profile, “Live like this life is all there is. And love it like your life’s depending on it.”

The last video uploaded to Smith’s YouTube channel came 3 days before her death. The video was titled, “Non-Blk WMN Represent Success, Blk WMN Represent Struggle.” One commenter wrote under the video, “This was painful to watch. My sister, you deserved better.”

In a video on April 7, Smith spread the widely debunked conspiracy that the coronavirus pandemic was being spread by 5G towers. Smith had nearly 43,000 subscribers on her YouTube channel.

Who is Fred The Godson? Bio, Wiki, Age, Wife, Death Cause, Net Worth

Smith described her channel as depicting “the good life of a single mom.” Smith adds, “If you are wondering what I am doing I am out here capturing that good energy baby. I’ll try to inspire you along the way.”

It is alleged that Smith committed suicide after a series on online harassment and Stalking by fellow Black Youtubers. Smith’s tragic passing was announced in a post on her Facebook page. The post read:

We appreciate the outpour of sympathy & compassion from Soncerae’s friends as well as supporters. We ask that you give our family privacy as we deal with the circumstances surrounding her passing.

Vicious rumors can destroy a person. Being a victim of online stalking and harassment can take a toll on any person. Please continue to keep our family in your prayers.

There is help out there. Suicide is never the answer.