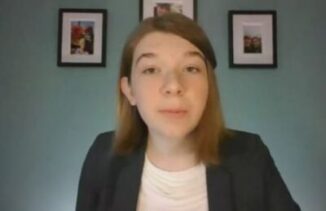 According to Stella Keating Bio, Wiki, and Biography, She is a sixteen-year-old transgender girl who spoke at the Senate Judiciary Committee on March 16th, arguing in favor of the Equality Act – and she was the only trans person there. Keating, a sophomore student from Tacoma, Washington, began her testimony by pointing out that she lives in a state where she is legally protected from discrimination.

“What happens if I want to attend college in a state that doesn’t protect me?” she said. “Right now, I could be denied medical care or be evicted for simply being transgender in many states. How is that even right? How is that even American?”

Stella Keating’s age is unknown yet.

The Equality Act passed the House of Representatives in February 2020, in a historic win for LGBT+ rights. Its passage represents an enormous step forward for LGBT+ rights in America as it finally addresses the “patchwork” state coverage that leaves countless queer people vulnerable to discrimination. But it must now get through the Senate.

At today’s hearing, senators heard from Alphonso David, president of the Human Rights Campaign, Edith Guffey of PFLAG’s National Board of Directors, and Stella Keating. She began by introducing herself with her pronouns and a bit about her life, hopes, and dreams for the future – she wants to be a civil rights attorney – what her parents do, and how excited she was to recently pass her driving test.

Then she began again and introduced herself as a transgender person.

“Right now, I live in a state where I have equal protection under the law. And as a high school sophomore, I’m starting to look at colleges,” she said. “And all I can think about is this: less than half of the states in our country provide equal protection for me under the law.
“What if I’m offered a dream job in a state where I can be discriminated against? Even if my employer is supportive, I still have to live somewhere. Eat in restaurants. Have a doctor,” she said. “And why am I having to worry about all of this at the age of 16?”

She ended her testimony strongly, pointing out that the adults she bravely testified before having the power to change this. “The Equality Act will allow me to attend any college I’d like to,” Stella Keating said.
“Hi, I’m Stella, and I’m transgender. I’m here before you today representing the hundreds of thousands of kids just like me who are supported and loved by their family, friends, and communities across the country.”