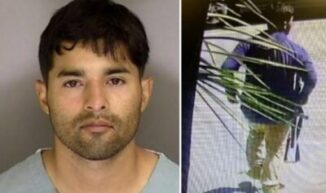 Steven Carrillo is a U.S. Air Force sergeant accused of murdering Protective Security Officer David Patrick Underwood.  Carrillo was already charged with the murder of another officer eight days later. He was a team leader for the Phoenix Raven, a highly trained security team that guards USAF aircraft in high-terrorist and high-crime areas overseas.

He accused of murdering Protective Security Officer David Patrick Underwood and his colleague. The colleague was also shot in the attack, and the accused is charged with his attempted murder.

Who is David Patrick Underwood?

According to authorities, Carrillo “allegedly opened fire on unsuspecting officers (Underwood and his partner) guarding courthouse at the federal building as public demonstrations continued only blocks away. He used an assault rifle that was later recovered, the complaint alleges.

The complaint alleges that, at approximately 9:27 p.m., on May 29, 2020, a white Ford Econoline-style van “parked directly across the street from the federal building in Oakland on Jefferson Street. The van was parked facing the guard post where Officer Underwood and his partner that evening stood guard to protect the building.

According to the court documents, the van “was on the southeast corner in the spot closest to the intersection with an unobstructed view of the guard post. Shortly after the van parked, a man emerged from the driver’s seat and walked around the area conducting reconnaissance for approximately ten minutes.”

Then, at approximately 9:43 p.m., “the exterior lights of the van turned on and the van moved north on Jefferson Street toward the guard post. The passenger-side sliding door opened, and Carrillo allegedly fired multiple rounds from a firearm toward the guard post, killing Officer Underwood and injuring his partner.”

In 2018, Travis Air Force Base published a photo of Carrillo with this caption, “Steven Carrillo, 60th SFS defender and Raven apprentice spars with a Raven in a sparring suit Sept. 26, 2018, at Travis Air Force Base, Calif. Raven apprentices train prior to attending the Phoenix Raven curriculum at Joint Base McGuire-Dix-Lakehurst, New Jersey.” The headline on the story is “Quoth the Raven, ‘HOO-RAH.’”

Carrillo is charged with the May 29 killing of a protective services officer in Oakland, California. He is already jailed over the ambush killing of a California sheriff’s deputy was charged in connection with the shooting death of a federal security officer outside the US courthouse in Oakland during a night violent protest last month. Officials say the man has ties to the anti-government “boogaloo” movement.

SSgt Steven Carrillo was charged on Tuesday with murder and attempted murder in the killing of 53-year-old federal officer Dave Patrick Underwood.