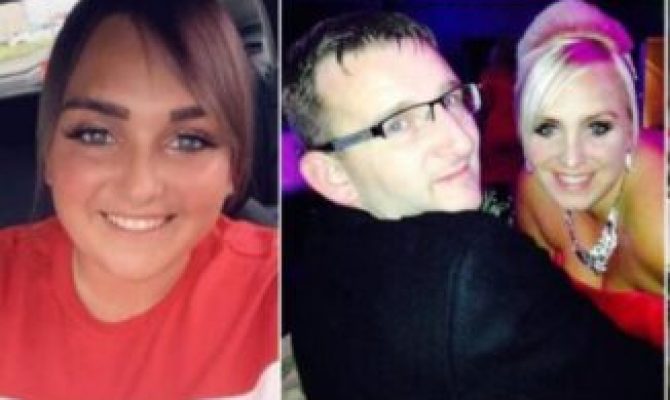 Emma Robertson Coupland was a mum of four daughters, died at the scene, while Nicole was pronounced dead at the hospital following last night’s stabbings. Robertson died in a crash on the C50 a short time later, and Police Scotland say they are not looking for anyone else in connection with the tragedy.

“The first incident occurred around 7.45 pm outside Crosshouse Hospital when a 39-year-old woman was found injured in the car park. She received medical care but she died at the scene.

“The second incident occurred twenty minutes later on Portland Street, where a 24-year-old woman had been stabbed. Emergency services attended and she was taken to Crosshouse Hospital where she later died.

“A further incident, a fatal road crash, occurred on the C50, a road between the B7036 and the A76. Emergency services attended but the 40-year-old male driver of the car was pronounced dead at the scene.

“Family relatives have been made aware. “Enquiries carried out so far have indicated that the incidents were linked and an investigation is underway to establish the exact circumstances of what happened.

A man who died in Kilmarnock just minutes after a mum and her daughter were knifed to death in a double slaying has been named locally as Steven Robertson.

Mercy crews raced to the scene but he was declared a short time later as officers locked down the scene.

Who was Emma Robertson Coupland?

Emma’s daughter Nicole Anderson was assaulted 20 minutes after the fact almost a takeaway shop she worked at and passed on in an emergency clinic.