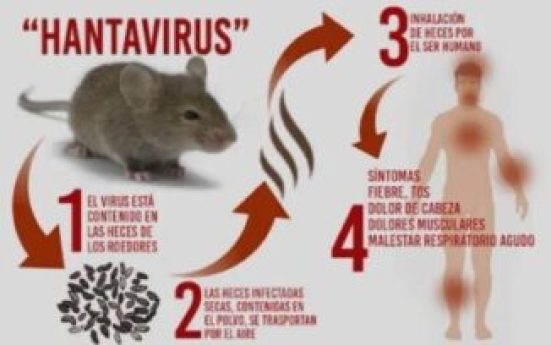 Hantavirus symptoms include muscle fatigue, aches and pains. Amid the coronavirus pandemic, China has reported one death from the rodent-related illness.

Numerous reports from China on March 24 said that a man had been diagnosed with hantavirus on March 23 and died shortly after. The man lived in the Yunnan Province of China. Yunnan is located 1,000 miles west of Wuhan, considered the first epicentre of the coronavirus pandemic. The man was travelling along with a group of other people on a chartered work bus to the Shandong Province.

The Center for Disease Control says that rodent infestation is the biggest cause of hantavirus. A person can contract the virus by touching their eyes, nose or mouth after touching a rodent, a rodent’s nest or rodent droppings. The CDC says that hantavirus is fatal in 38 per cent of cases. In can take anywhere between one week and eight weeks for a person to exhibit symptoms.

The most common symptoms of hantavirus are fatigue, muscle ache and fever. The pain is prevalent in the thighs, hips and back as well as the shoulders in some cases. In about 50 per cent of cases, sufferers went through headaches, dizziness, chills, and abdominal problems, such as nausea, vomiting, diarrhoea, and abdominal pain.

The CDC says that hantavirus can cause late symptoms. The department’s website says that those symptoms include “coughing and shortness of breath, with the sensation of, as one survivor put it, a “…tight band around my chest and a pillow over my face” as the lungs fill with fluid.”

Common house pets such as cats and dogs are not known to carry hantavirus. The biggest risk involving cats and dogs if they kill rodents and bring them into the home. The CDC advises people to wear protective N95 masks while cleaning up after rodents.

While There Is No Cure of Hantavirus, You Are More Likely to Get Struck by Lightening Then Contract it

Deer mice are considered the only carriers of hantavirus in Washington State. In August 2019, a person died in Washoe County in Nevada due to hantavirus. A separate case of hantavirus was reported in Nebraska in November 2019.