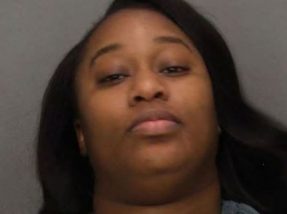 Taija Russell is a 29 years old girl, who is facing multiple charges including attempted homicide. she burned a man’s house down after he failed to answer the door.

one victim, who was not publicly identified, told Woodbury, New Jersey, police officers that He Invited Taija Russell Over For Sex on August 4.

But by the time she arrived, he had already fallen asleep and she was left standing outside.

Talk about smoldering anger.
Police say a man invited a woman for late-night sex, then fell asleep and missed her calls and texts from outside his home.
She's accused of setting a wake-up firehttps://t.co/gDWy8cDODx pic.twitter.com/gLlW3KNxlS

The late-night hookup never happened because the victim fell asleep. Taija Russell reportedly knocked on the door but he never answered.

Police said during the course of the investigation, they discovered that Russell had called the victim eight times.

She had also left him text messages that read, “You wasted my money to come out here” and “I see you wanna die,” according to the affidavit.

Woodbury Police said they analyzed surveillance video from around the area to identify Russell. Investigators said she was recorded outside of the victim’s house shortly before the fire started.

She was also seen at a nearby gas station around 4 a.m., where police said she bought lighter fluid and matches.

The Victim Climbed Out a Window to Escape the Flames & Firefighters Rescued His Dog.

The victim told Woodbury Police that he woke up around 4:30 a.m. and realized his home was on fire.

He couldn’t leave out the front door because flames were blocking it. According to the criminal complaint, he escaped out a window and ran to the police station.

The Woodbury Fire Department rushed to the scene and managed to rescue the man’s dog. The house was destroyed and investigators soon declared it to be arson.

The man was treated for smoke inhalation and first-degree burns at Inspira Hospital.

She Was Arrested Several Days Later & Charged With Attempted Homicide.

Investigators quickly identified Taija Russell as a suspect in the arson. The day after the fire, the Woodbury Police Department filed charges against Russell that included:

It would be several more days before investigators found Russell. Woodbury Police shared on Facebook that Russell was taken into custody on August 13 “with the assistance of the Gloucester County Prosecutor’s Office Fugitive Unit and US Marshals Task Force – Camden Division.”

Inmate records show that Russell posted bond and was released on August 16.