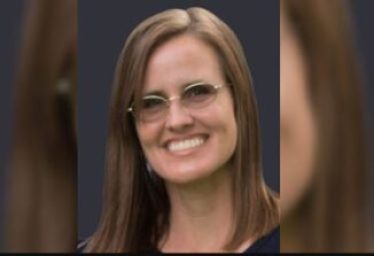 Chad Daybell’s wife Tammy Daybell died at their Salem, Idaho, home on October 19, 2019, at the age of 49. Her death was originally deemed to be due to natural causes and no autopsy was ordered at the time. Chad told the police and county coroner that his wife had died peacefully in her sleep.

The Fremont County (Idaho) Sheriff’s Office is handling the investigation into Tammy Daybell’s death after the 49-year-old woman reportedly passed away in her sleep at the family’s Salem, Idaho, home on Oct. 19.

Authorities have said they deemed Daybell’s death as possibly “suspicious” and exhumed her remains with the assistance of local law enforcement on Dec. 11.

The autopsy was performed the same day – almost two months after her death.

“We did [the exhumation] as confidential as we could,” said Rod Oldroyd, Springville City administrative services manager.

#TammyDaybell’s headstone was recently placed at the Evergreen Cemetery in #Springville. New docs uncovered by @EastIDNews show #ChadDaybell/#LoriVallow are being investigated in her death. Still no word on missing #TyleeRyan #JJVallow. Details @KSL5TV pic.twitter.com/46v0s3hyKS

Her death became a matter of suspicion when, 17 days later, Chad married Lori Vallow. The police then opened an investigation into Tammy’s death and ordered her body to be exhumed so an autopsy could be performed. Her body was exhumed on December 11, but the results of her autopsy have not yet been released. On April 16, 2020, the Idaho State Journal reported that the Idaho Attorney General’s Office is investigating Chad Daybell and Lori Vallow for the murder, attempted murder, and conspiracy regarding Tammy’s death.

According to East Idaho News, Tammy reported to the police that a masked man shot at her with a paintball gun several times, just 10 days before her death. She also posted about the incident in a neighborhood Facebook group: “Something really weird just happened, and I want you to know so you can watch out. I had gotten home and parked in our front driveway.

As I was getting stuff out of the back seat, a guy wearing a ski mask was suddenly standing by the back of my car with a paintball gun. He shot at me several times, although I don’t think it was loaded. I yelled for Chad and he ran off around the back of my house.”

According to Tammy’s obituary, she was an “excellent student” who played drums and clarinet and became the yearbook editor in her senior year. She met Chad Daybell after her freshman year at Brigham Young University and they “quickly fell in love,” marrying on March 9, 1990. The two had five kids together.

They moved to Salem, Idaho, in 2015 where Tammy became a librarian at the Central Elementary School in Sugar City. Her obituary says she was “treasured and loved by the staff and students alike.”