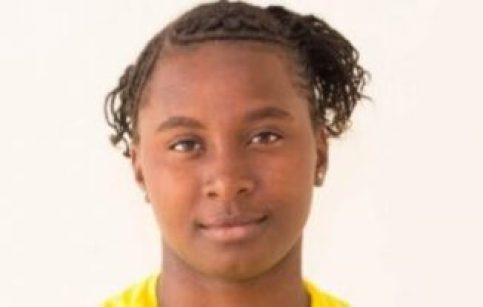 Tarania Clarke was a midfielder Jamaican footballer, who died after a stabbing incident in the capital city Kingston. She was born on October 3, 1999, and died on November 1, 2019. She played as a midfielder for Waterhouse FC and the Jamaica women’s.

#News: The local football fraternity has been plunged into mourning, after 20-year old #ReggaeGirl, Tarania “Plum Plum” Clarke, was stabbed and killed in Half-Way Tree, St. Andrew last night. She also represented Excelsior and Waterhouse FC as a centre half in her young career. pic.twitter.com/1r0v0C5WRs

Clarke had graduated from Excelsior High School in Kingston in 2018, where she was the captain of the school’s female soccer team.

Clarke’s high school coach Xavier Gilbert told Sports Max after hearing of her tragic passing, “We were very close. She was captain for the last three years and was a wonderful leader, a wonderful person… It hurts right now.

It’s really sad. She did not deserve this. This really rough right now.” Gilbert added that Clarke was due to attend Daytona University in Florida in January 2020 and was in the final stages of completing her paperwork for the move.

Clarke made her senior debut for Jamaica on 30 September 2019. She played for Waterhouse FC, scored on her international debut in September’s 12-1 win over Cuba in the Olympic qualifiers.

Tarania Clarke Cause of Death

Clarke was stabbed to death on 1st November 2019 in the Jamaican capital of Kingston, after a dispute over a mobile phone. A woman was arrested for her murder.

The incident occurred on Thursday night after a dispute between Clarke and another woman in Half-Way Tree, St Andrew, police have confirmed.

In a statement to BBC Sport, Jamaica Football Federation (JFF) president Michael Ricketts said: “The JFF is deeply saddened by the untimely passing of young Ms Clarke – someone who would have shown so much promise, not just as a player but as a person.

“I must use this opportunity to personally, and indeed on behalf of the JFF, extend my most profound condolences to the immediate family members and friends of Ms Clarke, her school family at Excelsior and, of course, her club Waterhouse.

“The JFF must give as much support as we can during this time of bereavement to her mother and close friends.”

“We were very close. She was captain for the last three years and was a wonderful leader, a wonderful person,” he said.

He revealed that Clarke, affectionately called ‘Plum Plum’ was set to leave Jamaica in January 2020 for school at Daytona University in Florida and was awaiting the completion of paperwork.

“It hurts right now. It’s unfortunate. She did not deserve this. This rough right now,” he said.