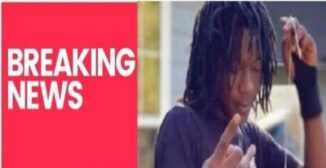 Terreon Geter has died in a shooting near an arcade in Charlotte, North Carolina, police say.

Police confirmed in an official statement the victim of the shooting was teenager Terreon Izavier Geter, who was killed after 1 p.m. on June 30 “on the 3400 blocks of Beatties Ford Road, near Lynchester Place,” according to officials and local news reports.

The Charlotte Mecklenburg Police Department said an “altercation” occurred at the arcade on Beatties Ford Road. Police arrived on the scene after receiving a phone call around 1 p.m. from a nearby shopping center.

two people were shot. When officers arrived, they found the boy with an apparent gunshot wound outside the arcade on Beatties Ford Road.

A Mecklenburg County Sheriff’s deputy was working off duty nearby when they heard shots and ran towards it. This deputy attempted to render aid and called for more help.

Police say the 14-year-old boy was pronounced dead at the hospital a short time later.

WBTV’s Caroline Hicks tweeted from a press conference with CMPD Maj. Dave Robinson, “around 1:30 pm altercation took place at the arcade. 2 people shot. Juvenile died. The second victim transported via private car and stopped at W Trade St where MEDIC picked the victim up and took to Atrium hospital.”

The Charlotte Observer reported that death was the third homicide within 24 hours. Official police account posts on June 29 and June 30 confirmed homicide investigations were being conducted near the 2700 block of Tuckaseegee Rd and near the 9100 blocks of Trinity Road.

The eventual death toll from a Juneteenth event the week before, on June 22, also at Beatties Road, was four in total.

No arrests have been made yet in relation to death, according to Fox News.

“No further information has been released and there is no word on what may have led to the shooting,” WBTV said.

The victim’s family was “seeking justice” for his death, according to Fox 46. In an interview with the outlet, the family said they were looking for answers as to why the boy was shot in the first place.

“He was my world. He was my mom’s world. Geter was the most caring person in the world,” Rotisha Geter, one of Terreon’s sisters.

For Terreon’s family, there is shock and sadness and a real sense of loss.

Tia and Rotisha spoke with FOX 46 about their brother, so young, just 14-years old and so loved.

“He was on his way to high school. He was going to be a freshman,” Rotisha said.

Speaking with Channel 9′s Ken Lemon, Geter’s grandmother, Patricia, said she was praying for the shooter who killed her grandson, and promised, “I won’t do anything to you, but you will suffer. You will pay,”

She said she doesn’t want the shooter to die the way her grandson died, but she does want justice.

She said she remembers the last conversation she had with Terreon last week.

”When he left out this door here, walked out and he says, ‘Grandma I love you.‘ I said I love you too Terreon,” she said. “Just a baby, 14 years old.”

She said she’s not sure what happened at the strip mall that day, but she said Terreon was friendly with everyone, maybe the wrong people.

“By him just being nice and kind a lot of people gathered around,” she said. “Everybody’s not your friend.”

She said the violence is senseless.

“Nonsense. I mean who would just shoot you in the back of the head?” she said.

“CMPD detectives are investigating a homicide in the 3200 blocks of Beatties Ford Road. One person was transported to a local hospital where they have been pronounced deceased,” the tweet read.

CMPD detectives are investigating a homicide in the 3200 block of Beatties Ford Road. One person was transported to a local hospital where they have been pronounced deceased.

During the conference, McFadden addressed the recent spate of shootings, including “the signing of a proclamation calling for justice for those killed … at the Juneteenth block party and for better leadership for the community,” Taylor said.

Speaking at a podium behind a “Black Lives Matter” sign, McFadden discussed the Juneteenth shootings on Beatties Road, saying, “hold your elected officials accountable. If they are not doing their job, you have the right to vote them out, and that includes me.