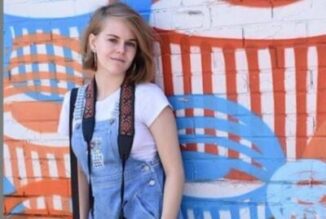 Tessa Majors Bio: She was a talented freshman at Barnard College who was stabbed to death in a horrific sequence of events in Manhattan. She managed to make it to a school security booth while wounded, but it was empty.

She is the daughter of a novelist and writing professor and was a budding journalist who played in two bands. Barnard College is located at 3009 Broadway in New York City.

Tessa Was Stabbed By Group of Suspects

Police say “a group of suspects approached Majors and demanded her property before stabbing her several times.” According to the Columbia Spectator,

ABC7 journalist CeFaan Kim wrote on Twitter, “18-year-old Barnard College student found stabbed to death was robbed by a group of suspects. She managed to climb stairs wounded from Morningside Park, collapsed in front of the school security booth, empty as the guard made rounds. Found 30mins later. Too late.”

According to ABC7’s story, “The booth was empty at the time as the guard was making his rounds. He found the woman there when he returned and called 911.”

Tessa’s dad is Inman Majors, who is a professor at James Madison University in Virginia and a novelist.

“Majors is a novelist originally from Knoxville, TN who is now a creative writing professor at James Madison University,” says a press release on Inman. “His novels include: ‘Swimming in the Sky,’ ‘Wonderdog,’ ‘The Millionaires,’ ‘Love’s Winning Plays,’ and the recently released ‘Penelope Lemon: Game On!’” Tessa’s mother’s name is Christy. She also has a younger brother. Her father wrote on Facebook that “she took (her brother) under her wings from the first day, and loved and supported and included in all the games she played.”

There are some leads in the murder.

ABC7 reported that Tessa’s uncharged phone was found on a sidewalk, and a woman’s hat and a “closed gravity knife” were found in the park. A suspect was reported to be wearing a green jacket and, ABC7 reported, police encountered a similarly clad robbery suspect earlier in the day, and they found a blood trail at a spot where he hangs out.

It’s still being investigated whether that suspect is tied to Majors’ slaying.