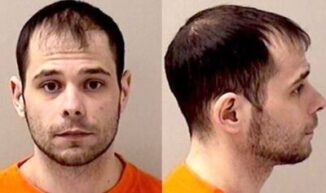 Thomas J. Franzen is a suburban Chicago man, who Found guilty to possession of more than 5,000 grams of cannabis after ordering 42 pounds of marijuana-infused chocolate from California with the intention of selling it.

He ordering 42 pounds of marijuana-infused chocolate from California with the intention of selling it. While the felony charge could have landed him in prison for up to 15 years, with a $25,000 fine, Franzen was sentenced to four years. Postal workers became suspicious after noticing a pattern of packages being sent to Franzen’s home. After getting a search warrant, the THC-laden chocolate was discovered. A subsequent search of his home turned up marijuana, cocaine, a digital scale, cash, and receipts for shipments he made to the U.S. and Canada, all items that are “known to be evidence of drug dealing,”

Franzen was sentenced a day before the Illinois legislature voted to legalized recreational marijuana, a bill governor J. B. Pritzker plans to sign. The new law would take effect on January 1, 2020.

The Kane County Prosecutor’s Office said that Franzen, who is battling testicular cancer, will only be required to serve two years of his sentence, despite overwhelming “evidence that proves that Mr Franzen is a drug dealer.”

Medical marijuana is legal in Illinois, but the state attorney’s office said there was no evidence Franzen had attempted to purchase legal marijuana before ordering his chocolates.