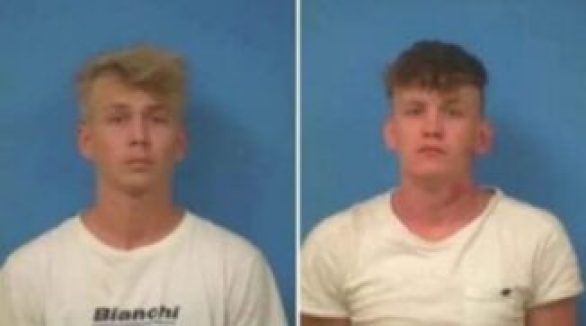 Ties Granzier is a Dutch Youtuber, Who Arrested with his Friend YouTube Star Jacob Sweep on the Nevada National Security Site with a Drone & Cameras in Their Car.
Ties Granzier, a YouTube star, and Govert Charles Wilhelmus Jacob Sweep, both from the Netherlands, were arrested near Area 51 on September 10.

A satirical Storm Area 51 event was going to be held there in just about a week’s time, but that event has now transformed into an Area 51 Celebration in downtown Las Vegas. Meanwhile, a local Alienstock event of some sort is still happening.

They had cameras, a phone, and a drone in their car. Sweep and Granzier told police that they were there to look at the facility and they had read and understood the “No Trespassing” signs, but drove onto the property anyway.

Sweep is 21 and Granzier is 20. Both are from the Netherlands, Fox 5 Vegas reported. They were found at the site on September 10 and arrested, but the Nye County Sheriff’s Office didn’t announce the arrest until the afternoon of September 11, News 3 Las Vegas reported.

Granzier has a YouTube channel with more than 735,000 subscribers. You can see one of his videos below.

They were found on the day it was announced that the Area 51 “Alienstock” festival had essentially been canceled.

Ties Granzier was born on 20 August 1999 in Linne, Netherlands