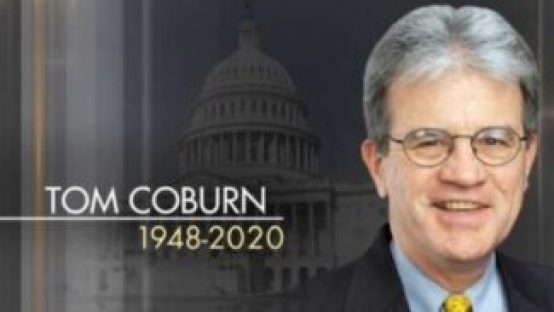 Thomas Allen Coburn was born on 14 March 1948 in Casper, Wyoming, United States. He was the son of Anita Joy (née Allen) and Orin Wesley Coburn. Coburn’s father was an optician and founder of Coburn Optical Industries, and a named donor to O. W. Coburn School of Law at Oral Roberts University.

He graduated with a B.S. in accounting from Oklahoma State University, where he was also a member of Sigma Nu fraternity. Coburn pursued a medical degree and graduated from the University of Oklahoma Medical School with honours in 1983.

In 1968, he married Carolyn Denton, the 1967 Miss Oklahoma. They had three daughters: Callie, Katie and Sarah, the operatic soprano. His wife and his daughters survive him.

He served in the U.S. House of Representatives and Senate, where he became known as “Dr No” for his unyielding opposition to federal spending and pork-barrel largesse

In 2008, to expose and embarrass Mr Coburn, the Senate majority leader, Harry Reid, introduced 35 of the most irresistible-sounding bills together as “omnibus legislation.” It was a benign collection that almost any senator would be ashamed to vote against: a Mothers Act to relieve postpartum depression, a Protect Our Children Act to thwart internet predators and a shameless measure to commemorate “The Star-Spangled Banner.” Read More About Career

Tom Coburn died March 28 at his home in Tulsa. He was 72. The cause was complications from prostate cancer, said a former aide, Roland Foster. Dr Coburn had survived decades of health problems, including melanoma in his late 20s and a later bout of colon cancer.

Recurrent prostate cancer hastened his retirement from the Senate in 2015, two years before his second term — the last he pledged to serve — had expired. He had previously fulfilled a campaign promise to serve no more than three terms in the House, arguing that “our founders saw public service and politics as a calling rather than a career.