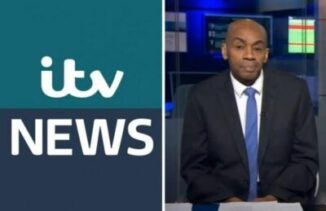 Tony Morris was a British newsreader and ITV Granada Reports host. He previously worked as a reporter and bulletin presenter for BBC North West Tonight and a brief period was a reporter for the BBC national news. He was born on September 30, 1963, in Portsmouth, UK but later moved to St Helens, Merseyside. According to ITV.com Tony Morris has died at age 57. The outlet reported that Morris passed away at Bury Hospice on Saturday after being diagnosed with kidney cancer last year.

He was educated at St. Luke’s Church of England School, now known as the Charter Academy, in the Southsea area of Portsmouth.

Before working with ITV, He worked as a reporter and bulletin presenter for BBC North West Tonight. He also reported for BBC national news.

Cheshire Life added that He was a former RAF officer and radio presenter.

The TV presenter was born in Portsmouth.

According to Mirror UK, He helped Granada Reports become the first regional news program to win a BAFTA in 2007. That same year, the program won the 2007 News Coverage award.

In a 2010 interview with Cheshire Life, He opened up about past meetings. Reflecting on one particular program with Gillian Duffy, he said, “We did a live programme outside Gillian Duffy’s house, and there was an army of reporters and photographers camped in the street.

What was funny was that the people who lived there were surprised to see so much media there. People get to recognise you and one guy came up to me and asked how long the camera trucks were going to be there because he couldn’t park his car. I love situations like that.”

He added that while he was born in Lancashire, he considered himself a northerner. He told Cheshire Life, “I have lived up here now for longer than I lived down south. This is my home; this is where I love to be. I love the area and the people.”

Morris joined BBC North West Tonight initially as a reporter for the flagship programme based in Manchester, later going on to present shorter bulletins, usually weekend bulletins and the regional bulletin following the BBC News at Ten. For a brief period in his later years with the BBC, he worked as a reporter for the national news, is based in London.

In 2003, Morris joined ITV Granada as the new male co-anchor alongside Lucy Meacock for Granada Reports. This came following the departures of Tony Wilson and So Rahman. More recently, he had alternate lunchtime and late bulletins added to his role. He celebrated ten years on Granada Reports in September 2013.

In 2007, Morris stood-in on the ITV Weekend News, which followed Granada Reports, becoming the first regional news programme ever to win a BAFTA.

Morris has married itsbiography soon update the wife details of morris. He had two adult daughters.

On Monday, Morris’ daughter, Natalie, took to Twitter with a tribute to her father. “We lost our incredible dad on Saturday morning. He was more than a parent, and he was also our best friend. We are utterly heartbroken, but so grateful for the time we had with him.”

We lost our incredible dad on Saturday morning. He was more than a parent, he was also our best friend. We are utterly heartbroken, but so grateful for the time we had with him

We will be offline with family for a while, but so appreciative of the lovely messages

ITV confirmed that Morris, who lives in Ramsbottom, died in Bury Hospice after being diagnosed with kidney cancer last year. At the time of death, he was surrounded by his family when he died, including their daughter Natalie and Rebecca. He was at 56.

Morris presented ITV’s North West news program Granada Reports for 17 years and continued to appear on the program until a few weeks ago.

Paul Crone, of ITV, posted a short video tribute to Morris, in which he said that Morris had a “wicked, wicked sense of humour.”

Crone continued, “I can’t tell you how kind and caring he was… but you could get him to laugh way, way too easy.”