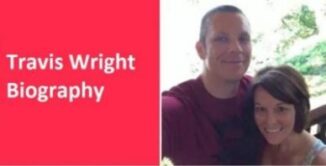 Travis Wright was a Maryland Chef and owner of The Shark on the Harbor restaurant in Ocean City, Maryland. He died on 18 August 2019 at 45.

He was originally from Arlington, Virginia, and attended college in Charleston, South Carolina. Wright grew up spending summers in Ocean City.

It was there that he would later open a restaurant, The Shark on the Harbor, which he ran for nearly two decades with his wife, Jody Kelly Wright.

Travis Wright is survived by his wife, Jody Kelly Wright. Jody Kelly ran The Shark on the Harbor restaurant with her husband. She confirmed her spouse died in a Facebook post describing him as being, “so much more than a local chef and restaurant owner.

He was a devoted son, husband, brother, friend and leader in our business community.”

The restaurant was featured by the Baltimore Sun earlier in August 2019. Wright told the newspaper at the time that he worked seven days a week in order to keep in touch with local seafood suppliers to ensure his restaurant got the freshest fish and seafood.

He died on August 18th, 2019 at the age 45 according to Burbage Funeral Home. Her death was announced by his wife, Jody Kelly Wright, who ran the restaurant with her husband in a Facebook post.

The cause of death was not immediately clear.

As many have already learned, our family has suffered a tremendous loss. Travis was so much more than a local chef and…