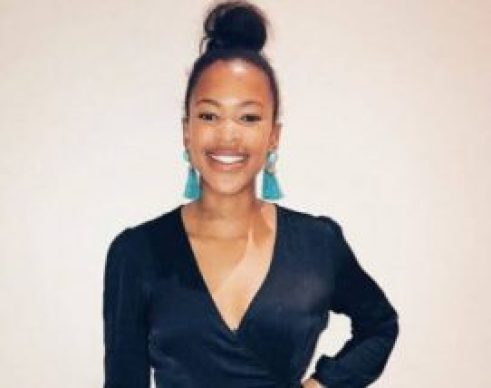 Uyinene Mrwetyana was a student of the University of Cape Town, who was raped and murdered after being hit with a scale by a 42-year-old man, prosecutors in South Africa allege.

Mrwetyana was last seen on August 30 and had been considered a missing person in South Africa.

Officials said on September 3 that a 42-year-old man from the Khayelitsha township on the outskirts of Cape Town had appeared in court after confessing to killing and raping Mrwetyana.

The South African reports that the suspect is an employee of the post office and has priors for robbery.

The newspaper adds that the man had previously been accused of rape but the accusation had been dropped.

Officials have said that they do not know why the rape accusation was withdrawn. The South African report on the suspect’s court appearance alleges that during his appearance “he turned around to face the crowd and grinned slightly”.

The suspect’s trial will begin on November 2019.

The suspect handed himself into police without incident on September 4, according to The South African report.

While eNCA reports that Mrwetyana’s remains were recovered from the suspect’s back yard.

One account that has gone viral in South Africa, but not been confirmed by authorities, said that the suspect told the police, “Wow, hey, this child gave me trouble. Took her forever to die.”

Multiple media reports in her homeland say that Mrwetyana had gone to the post office in Claremont on August 30 to ask about a package.

A spokesperson for the National Prosecuting Authority, Eric Ntabazalila, said that Mrwetyana was told that the power was out in the post office and that she should return later.

Prosecutors believe that Mrwetyana was attacked when she returned to the post office as the suspect was there alone at the time. Ntabazalila said in a radio interview, “She tried to fight back but he overpowered her and she lost her life.

Later on, the court was told that he put her into his car and he drove out to Lingelethu in Khayelitsha and that’s where he left her body.

Mrwetyana Was Film Student at the University of Cape Town

Among those paying tribute to Mrwetyana was the vice-chancellor of the University of Cape Town, Professor Mamokgethi Phakeng, who was quoted by The South African as saying, “It is incomprehensible that a young life, with so much potential, has been stolen from her family and our community.

It is even more distressing that this horrible incident is one of many where women – young and old, and even girls are ripped from our communities in such a violent manner.” Mrwetyana was a film student at the University of Cape Town.

A fellow University of Cape Town student, Azande Mkize, told News 24 in South Africa of her feelings in relation to the killing of Uyinene Mrwetyana.