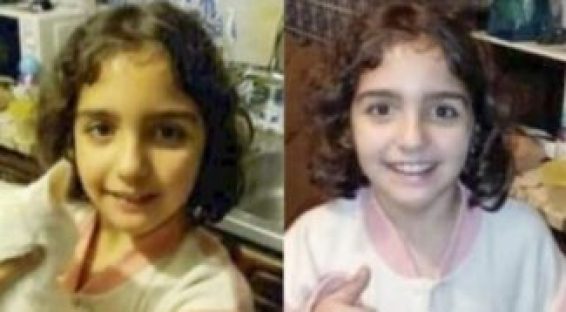 Valentina Fonseca, who had been reported as missing last Thursday found dead. She covered in shrubs in nearby Atouguia de Baleia.

She was reported as missing on Thursday 7th May 2020 near Peniche in central Portugal. It comes after 13 years this month after Brit toddler Maddie McCann vanished while on holiday in Portugal’s Praia da Luz.

She found dead in a field in Portugal. Fonseca’s body covered in shrubs in nearby Atouguia de Baleia. The search for Valentina involved 600 civil protection officers along with boy scouts and covered an area of more than 4,000 hectares.

The Judiciary Police confirmed the victim’s father, 32, and stepmother, 38, had been arrested and accused of homicide and hiding a girl’s dead body. Neither suspect has been named.

As the father, 32, and stepmother, 38, are in police custody and facing further questions, a flatbed truck has arrived at the family residence to remove the father’s car for analysis.

The coordinator of the Judiciary Police’s Criminal Investigation Department in Leiria, Fernando Jordao, said the girl may have been killed on the day she went missing with her body being taken to the field at the end of the day. He said that the authorities were working to establish the cause of death.

The coordinator said he had not received information indicating that the child had been the victim of abuse by the father or that she was being tracked by the Commission for the Protection of Children and Youth.