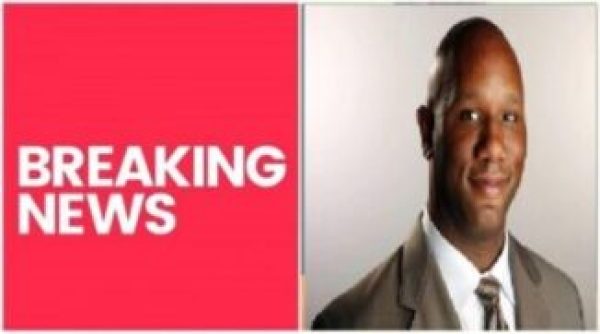 Vaughn McClure was an American sportswriter who’s worked as ESPN‘s NFL correspondent in Atlanta, Georgia, since 2013, has died, as first reported by the sports network.

McClure was the Atlanta Falcons reporter for NFL Nation, according to his pressroom bio. In addition to regularly appearing on ESPN’s Sportscenter, he authored in-depth features, video updates, and statistical analysis of the Atlanta Falcons.

Vaughn McClure has died at the age of 48.

He was born in Chicago, McClure graduated from Northern Illinois University with a degree in journalism in 1994 before nabbing his first job as a general assignment reporter for the Dekalb Daily Chronicle, where he covered police, courts, fire, and school board beats. Before making the move to ESPN, he also wrote for the South Bend Tribune, Fresno Bee, and Chicago-Sun Times.

McClure covered the Atlanta Falcons team as part of NFL Nation. He covered the team during its run to Super Bowl LI in 2017 and contributed to ESPN’s television and radio coverage of the Falcons and the NFL.

McClure joined came to ESPN after covering the Chicago Bears for the Chicago Tribune. Previously, he covered Notre Dame football for the Chicago Sun-Times and Fresno State basketball for The Fresno Bee. He also worked at the South Bend Tribune and DeKalb Daily Chronicle.

McClure covered the Atlanta Falcons team as part of NFL Nation. He covered the team during its run to Super Bowl LI in 2017 and contributed to ESPN’s television and radio coverage of the Falcons and the NFL.

Vaughn McClure Cause of Death

A cause of death for McClure was not immediately revealed. He is preceded in death by his parents, older sister, and younger brother.

McClure’s final post on Instagram was shared on Father’s Day, in which he opened up about the devastating loss of his Nona, mother, father, sister, and brother. On June 21, he wrote:

Dad, This is the first Father’s Day without you, and we would have celebrated your birthday Tuesday. But you’re in Heaven, and sorely missed. I’m so glad God allowed me to spend extensive time with you before you joined Him up there. You’re not missing anything down here, actually. This world is messed up. For me, I’m still trying to get over the depression of losing you, Mom, Mark, & Nona. With my big sis dying at age 38 and lil bro at 27, I wonder sometimes how much time I’ve got left. I want to live long. I’ve told myself no matter what, I want to honor the memories of all four of you while I’m alive. The only way to do that is to give everything I have no matter what obstacles I encounter.

McClure also expressed his wish to have been able to discuss the Black Lives Matter movement and his own history of being racially profiled by the police. He wrote:

I wish I shared with you the racial injustices that I encountered, including one even more traumatic than getting beat down by those cops. I’m not going to sit here and say I’ve been the victim of racism all my life. Heck, I deserved some of the bad things that happened to me because I’ve let my anger get the best of me too many times. I was a bad kid/teen/young adult, but I learned from those missteps. You set the example of how to be a strong black man. I have to do a better job of the same. I love you and miss you.