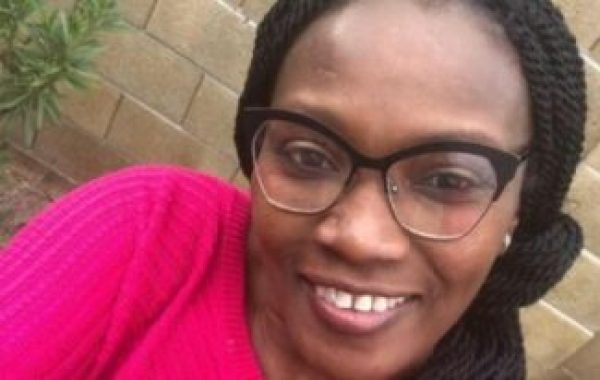 Wanda Cooper is the mother of Ahmaud Arbery. Arbery is a black man who was shot and killed in Brunswick, Georgia, while jogging in a neighborhood. on February 25th after he was chased down by two men, a father, and son. The men who were identified as Gregory McMichael and Travis McMichael have not been charged.

The case has been passed among multiple law enforcement agencies and prosecutor’s offices because of Gregory McMichael’s ties to law enforcement. He recently retired as an investigator with the Brunswick Judicial Circuit District Attorney’s office and he was previously a Glynn County Police Department officer. Arbery’s mother is asking for justice in her son’s death.

The video of the shooting was leaked online and posted to YouTube on May 5. The New York Times reported that the video was recorded by a third man who had joined the McMichaels in “hot pursuit” of Arbery. The video had previously been turned over to investigators before it was made public.

In the video, captioned above, shows Arbery running down the middle of the road behind the McMichaels’ white pickup truck. The camera moves for two seconds and Arbery can not be seen. Yelling can then be heard as Arbery runs around the right side of the truck and toward Travis McMichael, who was armed with a shotgun. A shot is fired and Arbery and Travis McMichael begin struggling over the shotgun while Gregory McMichael, who can be seen standing in the bed of the truck, draws his handgun.

Ahmaud Arbery was shot by Gregory McMichael and his son

Arbery was a 25-year-old black man. The McMichaels are white. Gregory McMichael, a 64-year-old is a former police officer and investigator for a local district attorney’s office. He told police after the shooting that he and his 34-year-old son, Travis McMichael, suspected Arbery was involved in burglaries that had occurred in the neighborhood. According to a police report released by the Glynn County Police Department. They chased him down in their pickup truck while armed with a handgun and shotgun. Travis McMichael shot Arbery because he believed he was being “violently attacked,” Gregory McMichael told police.

Arbery’s mother, Wanda Cooper told CNN her son jogged and ran everyday and she never worried about him because he wasn’t bothering anyone. Arbery’s father, Marcus Arber in a statement to Atlanta Journal-Constitution said “My kid was murdered. That’s all I can say. He ran like that every day – all his life. He ran in his neighborhood and that one too. That’s the only place he ever had a problem.”

Lee Merritt who works as a civil rights attorney is representing Arbery’s family. He said in a statement after the video surfaced online, “The series of events captured in this video confirms what all the evidence indicated prior to its release— Ahmaud Arbery was pursued by three white men that targeted him solely because of his race and murdered him without justification. This is murder.”

“The series of events captured in this video confirm what all the evidence indicated prior to its release— Ahmaud Arbery was pursued by three white men that targeted him solely because of his race and murdered him without justification. This is murder.” pic.twitter.com/v4TAs0RjO7

Merritt said the McMichaels, whom he called “armed assailants,” tried to block Arbery’s path with their truck while he was running and then confronted him with the shotgun. Merritt said the video shows Arbery trying to avoid the “armed strangers” before the first shot is fired.

Cooper’s latest post on Facebook was on April 21st which read, “I am grateful to be able to have the opportunity to have an interview with Dr. Lucy Shaw about the recent death of my son to shed light on the situation and bring justice for my son. It will air tomorrow Wednesday, April 22, 2020, at 11 am. Enter in rejoice975.com in your browser then you’ll be able to scroll down to listen live. Thanks so much for your love and support.”