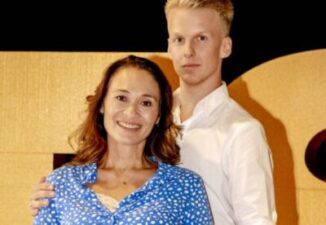 Bibian Mentel was a three-fold Winter Paralympics gold-medalist and five-times world champion para-snowboarding athlete from the Netherlands. He died of cancer at the age of 48. In 2000, the snowboarder was diagnosed with bone cancer, but she didn’t want to give up. After her diagnosis, she wins multiple gold medals at the Paralympic Games and starts a foundation to inspire children with physical disabilities.

Mentel was born on 27 September 1972 in Utrecht, Netherlands. After all, the 2002 Winter Olympics in Salt Lake City clearly beckoned for the topper on the snowboard cross. “I already knew then that I would one day be on a snowboard again”.

The born optimist and go-getter would indeed make a big impact in the snow and beyond, despite her disability and cancer that returned many times in her body. With her distinctive smile and unbridled ambition, she faced all challenges and usually came out victorious.

Snowboarding has always been her great passion. In 1993, Loosdrechtse decided to give up her law studies in order to fully devote herself to the sport. National titles on the halfpipe and cross followed and in 1996 the late bloomer completed her first World Cup competition.

A fall during training in 1999 left her with torn anklets. Despite a thick right ankle, she was on a snowboard again six weeks later.

But the swelling kept returning and further investigation revealed a malignant tumor in the shin bone to be the culprit. A first operation did not work and although there were – risky – alternatives available, Mentel decided to be on the safe side: amputation of the lower leg.

Her husband Edwin Spee found a lifebuoy in America via the internet: the MRI-dian, a novelty with which cancer cells can be attacked much more accurately and with a higher dose. By coincidence – an item in the NOS Journaal was about it – the couple discovered that such a device was recently also in Amsterdam.

Twelve treatments later, Mentel, mother of a son (from a previous relationship) and two stepdaughters, was allowed to continue to believe in her aloud dream of a future as a “gray woman with grandchildren on her lap”.

Watch the documentary ‘The Nine Lives of Bibian Mentel’ from 2018 below.

Since being diagnosed with cancer at age 27, Mentel was confronted with, and treated for cancer nine times, including five surgeries. The most recent surgery, in January 2018, replaced her C6 neck vertebra with a titanium frame. In 2016 she was told the cancer was terminal, but a switch to different hospital, where she could receive advanced MRI-guided radiotherapy treatment, pulled her through, such that she was able to compete successfully in 2018.

Mentel co-wrote two books about her life, career, and struggles with cancer. Magnate and philanthropist Richard Branson called her second book “Kut Kanker!” a “Story of an amazing woman. A must-read for anyone who wants to enjoy life to the max”.

In total, she had received 15 treatments for cancer. In early March 2021, it was announced that she had been diagnosed with a terminal brain tumor. According to a statement by her management, she was looking no further ahead than a few months and had started saying farewell to friends and family. On Monday 29 March 2021, it was announced that Mentel had died from the consequences of the tumor.