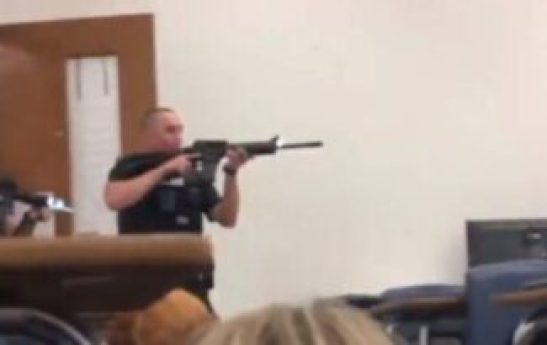 William Chavis Raynard Miller, Jr. was a high school student who was shot and killed in a shooting at Mount Tabor High School in Winston-Salem, North Carolina. Shooting that occurred on Wednesday, September 1st. A suspect was “taken into custody without incident” hours after a shooting at a school located in Winston-Salem, North Carolina. He was rushed to a hospital where he later died of a gunshot wound.

The police department tweeted its condolences for the victim, writing,

“Our thoughts and prayers are with his family today and in the difficult days to come. I don’t know the grief of losing a child. I don’t even know how to fathom,” Forsyth County Sheriff Bobby Kimbrough said at the press briefing.

“Certainly this is a sad day for the Winston-Salem community,” Mayor Allen Joines said at an evening press conference.

The Suspected Shooter has not been named

The suspected shooter in the Mount Tabor High School shooting is believed to be a fellow high school student. The suspect whose name was not released was arrested after an hours-long search and taken into custody Wednesday evening, officials said.

On Wednesday, Sep 1st, minutes afternoon local time, Forsyth County Sheriff’s Office reported a shooting “on school property” had wounded one student but said all other students were safe. The school and surrounding schools were placed on lockdown as Winston-Salem police and first responders secured the area and began reunification efforts.

North Carolina Governor Roy Cooper released a statement decrying the shooting. The statement reads,  “For the second time this week, we have seen shooting in a North Carolina school. I have been briefed by law enforcement and the Department of Public Safety is ready to provide any support necessary. We must work to ensure the safety of students and educators, quickly apprehend the shooter, and keep guns off school grounds.”

Parents and neighbors formed a prayer circle to pray for students and teachers after a shooting at Mt. Tabor High School @WFMY pic.twitter.com/cbcJwyb2F9

No other details, including the suspect’s identity or a possible motive, were immediately released.