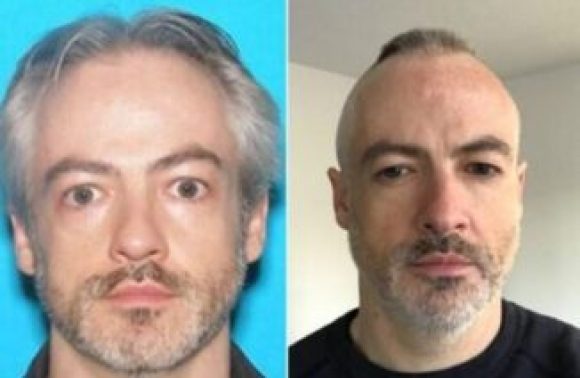 Wyndham Lathem is an of microbiology and immunology at Northwestern University in Chicago before his arrest in the 2017 killing of a 26-year-old hairstylist who was his boyfriend.

He worked at Northwestern’s Feinberg School of Medicine. As the Twitter Biography page, Lathem defined himself as an “Associate Professor of Microbiology-Immunology at Northwestern Univ., interested in bacterial pathogen evolution and plasminogen activation during infection.”

In 2015, Science Daily reported, “While studying Yersinia pestis, the bacteria responsible for epidemics of plague such as the Black Death, Wyndham Lathem, Ph.D., assistant professor in microbiology-immunology at Northwestern University Feinberg School of Medicine, found a single small genetic change that fundamentally influenced the evolution of the deadly pathogen, and thus the course of human history.”

On LinkedIn, Lathem wrote that his work at Northwestern “focuses on the mechanisms by which pathogenic bacteria cause disease in humans, using Yersinia species as models to understand the nature of the host-pathogen interaction during respiratory (lung) infections. My group also studies how these bacteria regulate the synthesis of factors required to cause disease at the post-transcriptional level, with an emphasis on small, noncoding RNAs and the protein chaperones that enable their diverse and many functions.”

According to his LinkedIn page, Lathem received a Ph.D. from the University of Wisconsin-Madison in 2003 in microbiology working in the lab of Rod Welch.

He received his A.B. in Biology from Vassar. He also served as a research technician for Rockefeller University and was a postdoctoral fellow at Washington University School of Medicine.

He was found dead on July 27 inside an apartment in the 500 blocks of North State Street. He was pronounced dead at the scene, and an autopsy ruled his death a homicide from multiple sharp force injuries.” A police source told CNN the victim was “mutilated.”

According to The Tribune, police “found blood on the bedroom door, opened it and found 26-year-old Trenton Cornell-Duranleau lying face down, dead from stab wounds to his back…In the kitchen, police found a knife with a broken blade in the trash can and another knife near the sink. Blood was everywhere.

Dr. Lathem is facing the first-degree murder charge. A judge has denied bail to a jailed microbiologist and bubonic plague expert who wanted to be freed so he could help research the coronavirus pandemic. Prosecutors allege that Lathem and another man, Andrew Warren, planned for months after they met online to kill someone, then kill each other as part of a sexual fantasy. Lathem proposed his release from Cook County Jail on $1 million bail last week.

He argued that his research could help save lives in the pandemic. With his background and experience, Dr. Lathem is well-suited to advise and participate in studies that are aimed at understanding SARS-CoV-2, the coronavirus responsible for the COVID-19 pandemic, Dr. William Goldman, a professor from the University of North Carolina, wrote in the bail motion.

It would make sense to take advantage of as many experts as possible during this worldwide crisis that is rapidly expanding in scope.

A judge denied the motion Friday, according to the paper.

Lathem faces a trial in the death of Trenton Cornell-Duranleau, 26, who was found with 70 stab wounds. Police said he was attacked as he slept in Lathem’s apartment.