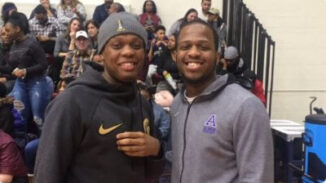 Zachary Winston was the brother of American basketball player Cassius Winston. He has died after being struck by an Amtrak train. He had a promising basketball career at Albion College, and he was one of three Winston brothers who play college basketball.

Really at a loss for words after hearing this news, Rest In Peace Zachary Winston. pic.twitter.com/Lh2X8kL931

Zachary Winston was born in 2000. He studies at Albion College. He was a sophomore forward on the Albion College men’s basketball team, a team that the youngest brother, Khy, also plays for as a freshman.

Before college, he was a three-year varsity basketball player at the University of Detroit Jesuit (coached by Pat Donnelly) who was a member of three district and regional champion and one state champion squads.

For the 2018-19 season, he was a substitute in all 28 games, averaging nearly 14 minutes per game. According to his College biography, He chose Albion because it felt like a second home ever since his first campus visit.

Winston listed like to talk and learn about others and their everyday lives as an interest off the basketball court and was a finance major who is concentrating in Albion’s Carl A. Gerstacker Institute for Business and Management.

Dished out a season-high six assists in 18 minutes on the court in Albion’s home loss to Trine. Produced nine points in 17 minutes off the bench in the Michigan Intercollegiate Athletic Association Tournament championship game victory over Trine.

The tragedy occurred at the Erie Street crossing in Albion around 8:30 p.m. on November 9, 2019. In a statement, Albion College President Mauri A. Ditzler wrote that Last night, our family lost a student. And as families do in difficult times, we must come together to mourn and to embrace one another.

We have been in close contact with the student’s family and are doing everything we can to support them. Following the family’s wishes, we are not sharing a name or details at this time. Please keep the family close in your heart. We plan to offer grief counselling to our community and will be sharing details later. Winston’s name was then widely reported in Michigan news media, however.

Zachary Winston has died on 10 November 2019 after being struck by an Amtrak train.

in social media tributes. people are saying “Thinking of the Albion College community today. Prayers sent for family, teammates, and friends,” wrote one. “Heartbreaking. I had limited interactions with Zachary, but he was certainly an amazing young man and leader of his peers. Thoughts go out to the Winston and Albion Families,” wrote another.

Prayers to Cassius Winston and his family after the tragic loss of his brother Zachary. pic.twitter.com/r0vmg2ElTn

“would give everything away just to see you smile one more time 💔 rest easy Z smoothie until I see you again 🖤 #bestbuddy,” wrote Elijah Collins, UD Jesuit classmate and MSU running back.

The U of D Jesuit HS Esports wrote on Twitter, “We want to extend our condolences to the Winston family after the passing of Zachary Winston. We grieve with you in this tremendously difficult time and pray for you ❤️.” Zachary graduated from that high school.