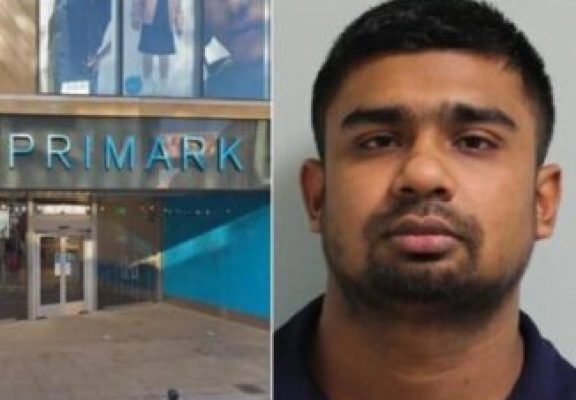 Zia Uddin is a security guard from east London. He has been found guilty of sexually assaulting teenage girls he accused of shoplifting.

Uddin was also found guilty of inciting a child to engage in sexual activity pic.twitter.com/7p8o73npAg

Zia Uddin attacked four 15-year-old girls while working at the Kingston store in 2017. He threatened the teenagers with calling the police and their parents if they did not perform sexual acts on him in the control room of the store.

He convicted of one count of rape and four counts of causing or inciting a child to engage in sexual activity.

Kingston Crown Court heard his colleagues had noticed his strange behaviour, which included making requests to delete CCTV, and not correctly completing paperwork on shoplifting.

He was also known to keep condoms in the control room, the Crown Prosecution Service (CPS) said. Once detained, some victims offered to pay for the items they had stolen, suggested they could work in the store to make amends, or even never enter the shop again.

However, once alone in the back office, Uddin, from Manor Park in Newham, made clear he was only interested in sexual acts in exchange for letting them go. Prosecutors said one girl only did as he asked because there was no other choice and it was the only way out of the situation.

Graham Partridge, from the CPS, said Uddin preyed on young girls in a vulnerable situation. He abused his authority by telling them to perform sexual acts for him on the promise they would then be released without their parents or the police being informed about what they had done.

Having worked in security, he was also well aware of the CCTV camera ‘blind spots’ and took advantage of these to carry out his offending.